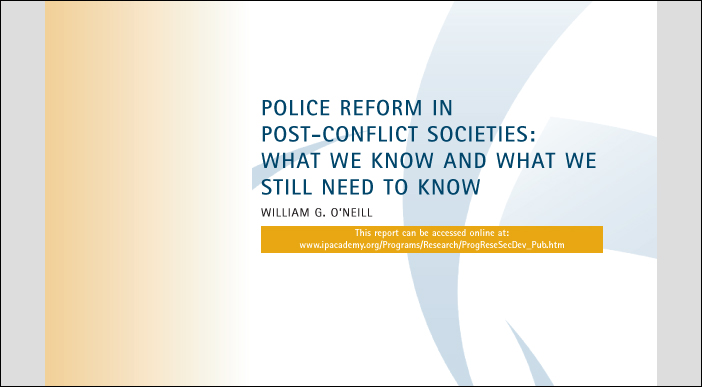 Given the fast pace and wide scope of police reform activities, it is understandably difficult to assess experiences and draw out lessons from the wide range of initiatives being conducted. Based on desk research and interviews, this study examines what we know so far about police reform, and concludes by setting out what more needs to be learned in order for current police reform strategies to become more effective and sustainable.