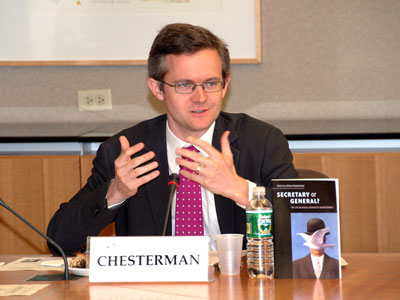 Secretary or General? examines the UN Secretary-General as a unique figure in world politics who is, at once, civil servant, global diplomat, and commander-in-chief of up to a hundred thousand peacekeepers. He is also uniquely constrained in depending on states for both the legitimacy and resources that enable the UN to function. The tension between these roles has challenged every incumbent.

This book brings together the insights of senior UN staff, diplomats, and scholars to examine the normative and political factors that shape the role of the Secretary-General, with particular emphasis on how that role has evolved in response to changing strategic circumstances after the end of the Cold War and, especially, after 9/11 as well as, increasingly, by tensions between North and South. Navigating within this context, the challenges faced by each Secretary-General reflect the persistent ambivalence of states to entrusting their security, interests, or resources to an intergovernmental body.