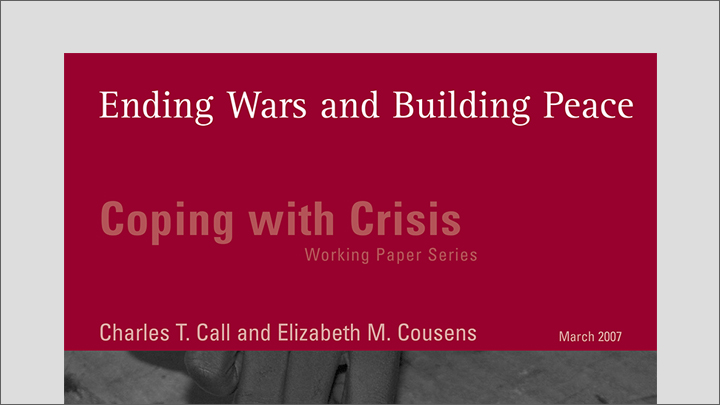 Growing recognition of the possibility of success, as well as of the cost of failure, has spurred a range of efforts to reform the practice of international peacebuilding, including the creation in 2005 of a new UN Peacebuilding Commission and its related mechanisms, a Secretariat Peacebuilding Support Office and a Peacebuilding Fund.

However, both experience and scholarship point to a series of chronic weaknesses in international peace efforts, which these and other reforms are meant to overcome and which we discuss below. They also point to more fundamental questions about the complexity of postconflict transitions, the mismatch between expectations for rapid recovery and processes that have historically taken considerably longer, and the crucial issue of state-society relations as well as the types of state institutions needed to sustain peace, especially in poorer countries where, not coincidentally, most armed conflicts occur. Whether external actors have the knowledge, tools, resources or legitimacy to contribute to what is frequently referred to as statebuilding is, in our view, central to the question of the efficacy of international peacebuilding.