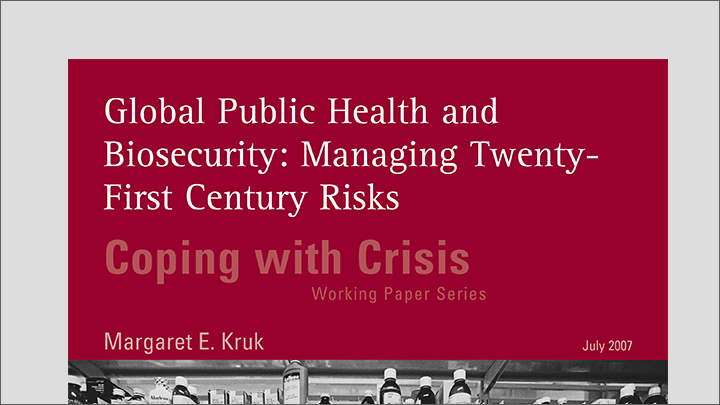 The links between health and political stability were recognized by the United Nations High Level Panel on Threats, Challenges and Change, which named the overwhelming disease burden in developing countries in the context of dysfunctional public health systems one of the six major threats to global security (High-Level Panel on Threats, Challenges and Change 2004). Just as health and disease do not respect national boundaries, so too, the response demands the concerted efforts of the international community and particularly of multilateral institutions.

The focus of this paper is on the role of global public health systems and actors in enhancing biosecurity-which for this paper will be broadly defined as the collective activities that mitigate the risks to human health and survival.