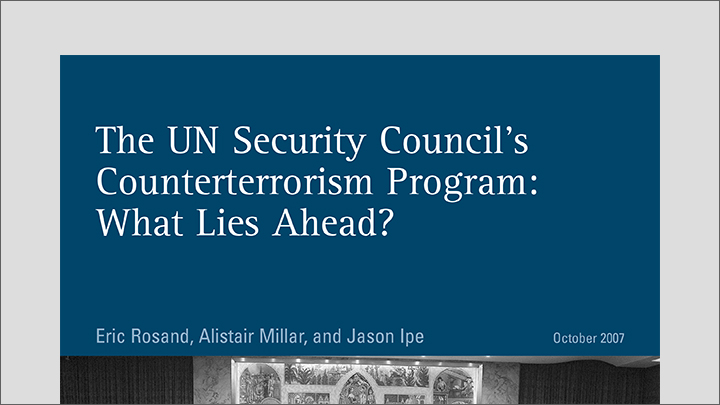 From the Executive Summary: Since September 2001, the UN Security Council and its various counterterrorism-related subsidiary bodies have made significant contributions to the global counterterrorism campaign, primarily through norm-setting and institution building and by keeping terrorism on the political agenda while engaging in dialogue with—and stimulating the activities of—states and multilateral bodies. Yet, rather than together constituting a comprehensive strategy to address the global terrorist threat, each Council initiative has had an improvisational, ad hoc quality. Following each major terrorist attack—often against one of its own members—the Council’s response has extended well beyond the specific incident at hand with little regard to its relation to the already existing Council program.