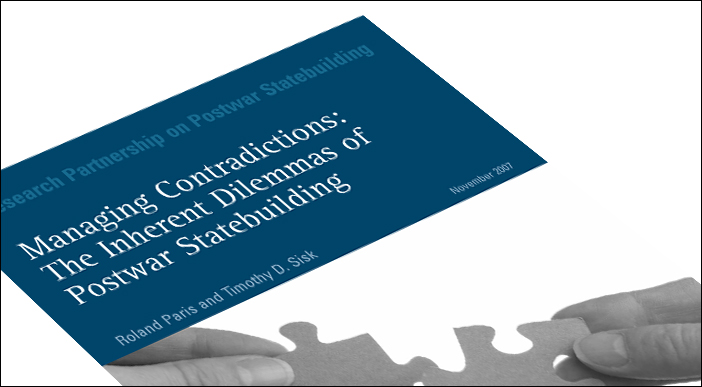 Statebuilding—the construction of legitimate, effective governmental institutions—is a crucial element in any larger effort to create the conditions for a durable peace and human development in countries that are just emerging from war. In recent years, statebuilding has emerged as a central goal of multidimensional United Nations peace operations in war-torn societies, and for good reason. Without functioning and legitimate state institutions, postconflict societies are less likely to escape the dual “traps” of violence and poverty. But the record of postwar statebuilding operations has been mixed, and in many respects disappointing.

This report summarizes the research findings of the Research Partnership on Postwar Statebuilding (RPPS), a collaborative research project of thirteen scholars from six countries who have sought to disentangle and scrutinize some of the key dilemmas of statebuilding. The contributors to this project believe that improving the effectiveness of statebuilding as a method of postwar peace consolidation requires more than simply identifying “lessons learned” from previous missions. Rather, it also demands more awareness and analysis of the tensions, contradictions and dilemmas of statebuilding.