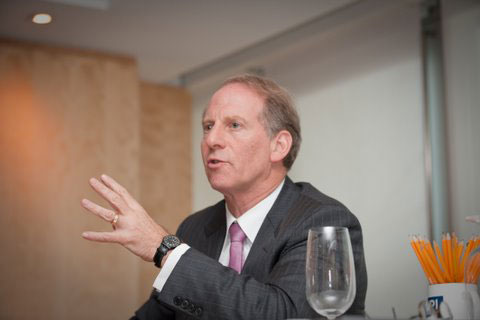 Richard N. Haass, President of the Council on Foreign Relations and author of the book War of Necessity, War of Choice: A Memoir of Two Iraq Wars, outlined at an IPI evening reception when and how the US should or should not go to war and when it might be a necessity.

At the conclusion of the talk, Haass took questions from the audience, including one about the authority of the UN Security Council in such decisions.

“Kosovo was a war of choice that was done in the explicit absence of the Security Council’s support,” Haass answered, “and I think it was right. I don’t believe the Security Council is the only repository of legitimacy. Sorry, I know it’s probably sacrilege to say it so close, but I simply don’t. Legitimacy could come from other sources, including the content and purpose of the action.”