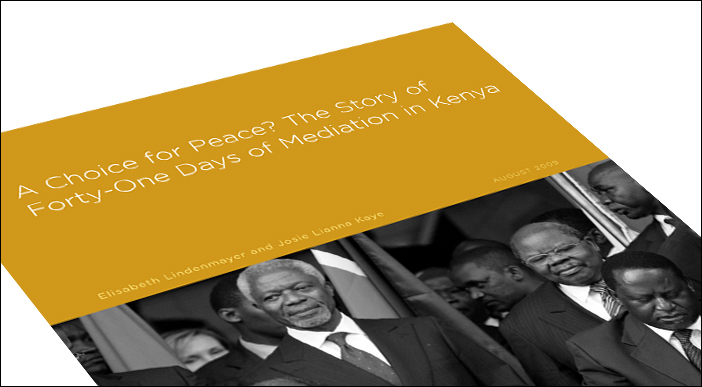 A Choice for Peace? The Story of Forty-One Days of Mediation in Kenya

The postelection violence that erupted in Kenya in December 2007 resulted in the deaths of over one thousand people and left three hundred thousand people displaced. While catastrophic, the scale of the social and economic destruction, not to mention the loss of life, could have been much greater were it not for the peace mediation mandated by the African Union (AU) in January 2008. The Panel of Eminent African Personalities, chaired by former UN Secretary-General Kofi Annan, led the forty-one-day peace process, culminating in the Agreement on the Principles of Partnership of the Coalition Government. This paper gives a detailed account of the events which led up to this agreement.