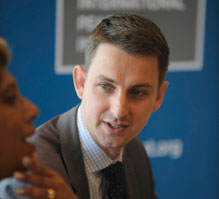 First announced by President Nixon in 1969, the war on drugs’ forty-year old effort of aggressive criminalization, interdiction and eradication has left a high body-count.

Critics argue that it has driven the drug trade underground, fueling transnational organized crime, corruption, and narcoinsurgency around the world. And many blame the war on drugs for the heavy US incarceration rate –– the highest in the world.

Quite suddenly, after forty years, there are signs of a dramatic policy shift. Leading figures in the US, Latin America, and the United Nations have in recent months called for a shift away from the bellicose rhetoric of the war on drugs toward policies balancing targeted law enforcement with social interventions focused on treatment––rather than incarceration––of drug users; the creation of alternative livelihoods for producers; and perhaps even limited decriminalization. Is this the end of the war on drugs?

“We’re not at war with people”

The clearest sign came on May 13, 2009. The Obama administration’s new drug czar, Gil Kerlikowske, a former Seattle police chief, created headlines by announcing that the US would no longer use the phrase “war on drugs.” “Regardless of how you try to explain to people it’s a war on drugs or a war on a product, people see a war as a war on them,” he told The Wall Street Journal. “We’re not at war with people in this country.”

Nor, it seems, will America pursue its overseas drug battles in quite the same way. Secretary of State Hillary Clinton and other officials have begun characterizing the US-Mexico cross-border arms-and-drug trade as a “common responsibility.” In the Security Council, the United States agreed on 10 July 2009 to a statement affirming “the importance of addressing the illicit drug trafficking and criminal activites” in West Africa “by an approach of shared responsibility”. And in late June of this year, the US special representative for Afghanistan and Pakistan, Richard C. Holbrooke, announced an end to US support for aggressive poppy eradication in Afghanistan. “Western policies against the opium crop… have been a failure,” Holbrooke told reporters. “They did not result in any damage to the Taliban… they alienated people and drove people into the arms of the Taliban.”

It would be premature to interpret this US shift as an abandonment of the central logic of international drug-control policy: the prohibition of the trade in heroin, cocaine, and cannabis. Yet international calls for legalization are indeed building.

The loudest rallying cry came in February 2009 when a high-level Latin American Commission on Drugs and Democracy called for a “paradigm shift.” The Commission, headed by ex-Presidents César Gaviria of Colombia, Ernesto Zedillo of Mexico, and Fernando Henrique Cardoso of Brazil, advocated “acknowledging the failure of current policies,” and moving toward a more public-health oriented approach. The Commission argued that the war on drugs had rewarded organized crime and undermined Latin American democracy. It called for the decriminalization of cannabis. And its support for state treatment of drug users implied regulated supply of narcotics by the state.

This growing chorus of support for legalization measures has set off alarm-bells in Vienna, where the UN Office on Drugs and Crime (UNODC) is based. In a forthright preface to UNODC’s 2009 World Drug Report released in June of this year, its head, Antonio Maria Costa, set out an explicit defense of the prohibitionist approach. “Drugs are not harmful because they are controlled,” he reminded readers, “they are controlled because they are harmful.”

Yet Costa’s defense of prohibition also embraced reform. “Changes are needed in favor of different means to protect society against drugs, rather than by pursuing the different goal of abandoning such protection,” Costa asserted. He said we should “recalibrate the policy mix… in the direction of more controls on crime, without fewer controls on drugs.”

That means no end to prohibition, but perhaps greater emphasis on drug treatment and demand-reduction. “Drug courts and medical assistance are more likely to build healthier and safer societies than incarceration,” he said.

Costa points out the need for a push in this direction to be global, if it is not simply to push supply away from industrialized countries toward the developing world, as occurred when industrialized states began regulating tobacco.

The costs for the developing world would be grave. Globalization has allowed drug-trafficking networks to exploit weaknesses in global governance wherever they find them: West Africa, the Horn of Africa, Central Asia, Southeast Asia. All offer pockets of weak state governance that men with guns are learning to exploit as the sources of cheap labor and effective immunity needed to offer illicit goods and services to the global economy.

The historical irony may turn out to be, then, that just as the outlines of a workable alternative to the war on drugs emerges in traditional drug markets, the war is shifting to an entirely new front.