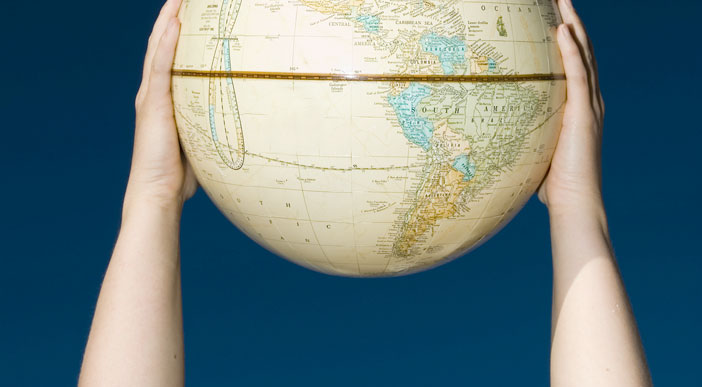 At the turn of the millennium, the idea of globalization was unavoidable, capturing the sense that the world was on the cusp of a revolutionary moment.

The rapid expansion of the internet promised to make the barriers of distance meaningless, and a bullish consensus among key policy-makers on the merits of free trade and deregulated markets led to declarations that a unified global economy was in the offing—and the world would be all the better for it. On the now classic Cisco Systems ad, starry-eyed children from all over the world asked, “Are you ready?”

Well, it turns out, not everyone was. By the end of 1999 protesters had paralyzed the World Trade Organization meeting in Seattle, sounding an altogether different bell about globalization, one that rang a tone of warning, not celebration. For the protesters, globalization represented gross inequality and the dominance of multinational corporations: unhindered capitalism run amuck. The “Battle of Seattle,” and the capacity of civil society to pressure an international institution like the World Trade Organization, promised to breathe new life into progressive, anti-system movements at a time when many were declaring them dead and defeated at the end of “history,” “ideology,” and “utopia.”

And then the attacks of September 11, 2001, shook everything and everyone, and terrorism became a dominant concern. For a time, debate shifted away from globalization toward discussions of imperial hegemony, as the US and the Bush Administration ramped up its military response to the attacks, from the mountains of Afghanistan, to the sands and cities of Iraq, to Guantánamo Bay and “undisclosed locations” without number. For some, the vision of a world united under a comprehensive form of global governance and economies without borders entailed an only slightly veiled form of neo-imperialism.

Since then, with the extended fight in Iraq, the stubborn conflict in Afghanistan, and a weakening US economy, the debate has shifted further: from globalization through empire to multi-polarity and the emergence of new powers, punctuated by the events of 08-08-08, as a lame duck US president watched the official “arrival” of China and Russia — watching, literally, as a spectator at the opening ceremony of the Beijing Olympics, and figuratively, as a hamstrung bystander, while Russia invaded Georgia, a US ally. At the same time, events have proven just how important globalization remains. An enormous financial crisis with roots in the US housing market rippled across the world in 2008, precipitating an international credit crunch that contributed to a global recession. As a result, Western leaders planned openly for a globally coordinated response.

In pursuing answers to this question, it is clear that globalization presents a fundamental dilemma: Democracy has become more widely accepted than ever, yet, confronted by global challenges, nationally based democratic institutions appear increasingly insufficient. As a result, new transnational structures are emerging, threatening to leave behind the traditional mechanisms of democratic accountability. Do we need to choose between global governance and democratic governance? We must ask, how can the rule of the people be maintained in a transnational age? This is the most basic question that has driven this project from the beginning. And answering this question requires a fundamental rethinking of the categories of democratic theory, starting with the concept of popular sovereignty.

Read about the book on the Routledge Web site.
Download Dr. Lupel’s keynote address on this topic from the recent conference “2009 Global Forum on Modern Direct Democracy” which took place in Seoul, South Korea.