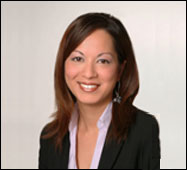 Yet, ongoing news reports of the capture of active militants—with arms caches hidden in schools and connections to regional and international criminal and terrorist organizations—suggest that the threat is clear, present and cannot be neglected.

The emergence of groups like Harakatul Jihad al-Islami Bangladesh, Jamatul Mujahedeen Bangladesh, Jagrata Muslim Janata Bangladesh and Ahl-e-Hadith Andolon Bangladesh—which occurred after the return of Bangladeshi mujahedeen from the Afghan wars—infused political violence in Bangladesh with the language of jihad and tactics borrowed from terrorist groups abroad.

Acts like the August 2005 serial bombings, consisting of nearly 400 simultaneous bombs in all but one district in Bangladesh, and attacks on prominent persons in 2004-2005 brought terrorism in Bangladesh onto international radar screens. Though attacks to date have focused on transforming domestic politics, reports abound of connections between Bangladeshi militants and foreign terrorist groups and criminal syndicates, such as Harakatul Jihad al-Islami in Pakistan, or gang lord Dawood Ibrahim’s infamous “D-Company,” believed responsible for the 1993 bombings in Mumbai.

Bangladesh is no stranger to political and ideological violence—which argues against an exclusive emphasis on Islamist groups, though these groups have gained more attention in the post-9/11 era. The country has long faced an insurgency by the Rohingya Solidarity Organization seeking to control the Rakhine state in Myanmar as well as a tribal autonomy movement in the Chittagong Hill Tracts. The Bangladesh Enterprise Institute reported in 2008 that leftist violence in the country was on par with, and even at time exceeded, violence by jihadist groups. As one senior South Asian diplomat observed, more people have been killed due to political violence in Bangladesh than terrorist attacks. This situates the threat in the midst of complex political and social challenges, the relationship among which should be reflected in strategies to counter such violence by the government of Bangladesh and its international partners.

The highly partisan and confrontational nature of politics in Bangladesh has created an enabling environment for the emergence of militant groups by normalizing the use of violence to express political disagreement and promoting a culture of impunity. The two dominant political parties—the left-of-center Awami League and the right-of-center Bangladesh Nationalist Party—have highly influential leaders who govern them with little tolerance for dissent. Opponents have regularly resorted to walkouts or general strikes (hartals) which often generate violence and economic damage that Bangladeshis can ill afford. Moreover, the civic administration is highly politicized, and public service has become a means of acquiring access to the national purse strings, often to compensate for expensive campaigns that involve the use of armed gangs, or mastaans, to intimidate rivals.

A related concern is violent religious radicalization, and the replacement of the traditionally tolerant, liberal and private practice of Islam in Bangladesh into one shaped by stricter Wahhabi influences imported from the Middle East. Changes in language and dress, such as replacing the Persian “Khuda Hafiz” prevalent in Bangladesh to the Arabized “Allah Hafiz” for “goodbye”; the donning of the white robe or thoub for men and the burqa or hijab for women, in place of traditionally colorful lungis or saris; and an intolerance for traditional Bengali arts and culture are publicly visible changes underscoring these fears. Additionally, periodic violence against the Ahmadiyya and Hindu communities stokes fears that Bangladesh may become less hospitable to minorities.

This increasingly religious tenor of public and political discourse has been widely ascribed to the rise of Jamaat, the most influential Islamist party in Bangladesh. However, they have been unable in more than three decades of activity to develop a substantial mainstream constituency, in large part due to allegations of war crimes during the independence struggle in 1971.

Nonetheless, in developing a reputation for integrity in office and a network of social services for the rural poor, Jamaat, or more militant groups outside the political system, can pose a significant challenge to secular governments branded as corrupt, self-serving and unable to provide for citizens’ basic needs in Bangladesh.

The story in Bangladesh is also shaped by a number of positive trends which contribute to the resilience of both state and society in the face of threats like terrorism and violent religious radicalization. A strong sense of nationalism, based on a carefully balanced mix of Bengali culture and Islam, prevents the populace at large from favoring policies that unduly tip the scales towards one or the other. Undoubtedly, Islam plays a major role in the private lives of many Bangladeshis; however, as a recent Gallup poll demonstrated, a large majority of Bangladeshis say that a democratically elected government is very important to them (61 percent) or “essential and something they cannot live without” (32 percent).

A vibrant civil-society sector, including innovative non-governmental organizations, has led to initiatives promoting micro-credit, women’s empowerment through education, healthcare and entrepreneurial opportunities, helping the government expand the delivery of essential social services. Human rights advocates and the media also serve as watchdogs against government excess. Innovative political mechanisms, such as the interim caretaker system, have to date allowed for smoother transfers of power.

Each of these provides Bangladesh with some tools to boost its resilience in the face of militants’ rhetoric about the failures of the state and its illegitimacy compared to a theocratic state or caliphate, and to address grievances arising from poor service delivery, which might make militant groups more attractive recruiters.

Though Bangladesh is increasingly less dependent on foreign aid, international actors have long been key stakeholders in the country. Additionally, the regional nature of the threat—and it would be naïve to think that Islamists in Bangladesh aren’t watching events in Pakistan and India, and vice versa—underscores the importance of international and multilateral cooperation in South Asia. The scope and impact of international engagement is also constrained by difficult political relationships in the region, as well as a lack of sustained attention in international fora and existing political will among national elites.

The counterterrorism discourse and policies developed by international partners often focus on “hard security” aspects. However, as the UN’s Global Counter-Terrorism Strategy, passed by the General Assembly in 2006, points out, a number of development-related issues contribute to “conditions conducive to the spread of terrorism.” Support for improved governance and the rule of law or justice-sector reform, such as looking at prison conditions and interrogation techniques, is usually classed as development assistance, even though these are vital foundations for building state capacity to address security threats like terrorism.

Initiatives by international stakeholders to address the challenges of terrorism and violent radicalization will be most effective when they are aligned with national objectives. This may sometimes require withdrawing support for programs which may be admirable in theory but ineffective in principle. For example, decades-long efforts to promote internal party democracy in Bangladesh have proved largely fruitless. Instead, funds should be directed where they have the most chance of making effective change: in line with the priorities expressed by Bangladeshis and their government.

A version of this report was originally published in Asian Conflict Reports, no. 8, in October 2009