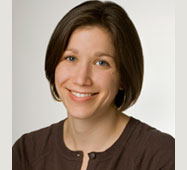 This year the General Assembly and the Security Council will review the UN Peacebuilding Commission (PBC)—a promising, but so far problematic, new UN organ. It is important that this opportunity is not squandered or the PBC could risk becoming yet another irrelevant UN body.

Member states need to seize this opportunity by recalibrating their expectations around what the PBC can succeed in being—a political forum to galvanize action and align the strategic and funding decisions of bilateral and multilateral actors in support of postconflict countries.

The PBC was one of the few concrete proposals to make it through the 2005 UN reform process. The Commission, which is an intergovernmental organ, was established as part of a broader peacebuilding architecture that includes a bureaucratic entity (the Peacebuilding Support Office or PBSO) and a multidonor fund (the Peacebuilding Fund or PBF).

Together, the three comprise a dedicated place in the UN system for postconflict peacebuilding, at least in theory. As the core of the architecture, the PBC’s mandate is to foster coherence and coordination among key actors in postconflict settings and to marshal and sustain international attention and resources for postconflict countries.

The PBC got off to a rocky start. It took UN member states six months to agree on which countries would serve as its first thirty-one members. Its initial engagement with the first two countries on its agenda, Sierra Leone and Burundi, was also fraught with challenges and confusion. There is widespread agreement that these stumbling blocks were quite natural—the PBC is routinely likened to a baby just learning to walk.

The diplomats who negotiated the founding resolutions of the Peacebuilding Commission (S/RES/1645, A/60/180) called for a five-year review. This review provides a crucial opportunity to look critically at the functioning and achievements of an intergovernmental body and to consider ways to improve its performance.

For those who consider the glass half full, the Commission has had some success in bringing political, security and development actors together and building confidence among the key players, national and international, through an ongoing and relatively inclusive dialogue on immediate peacebuilding needs. They believe it has learned from early mistakes and maintained flexibility in its approach as it took on two additional countries, Guinea-Bissau and Central African Republic. It has also increased international attention to the countries on its agenda, making a difference at key moments.

For those who consider the glass half empty, those “successful” moments have come about by accident, rather than design. Critics view engagement with the Commission as an additional burden for postconflict governments that are already overwhelmed by the challenges of rebuilding a war-torn society. As an intergovernmental organ based in New York, they argue, the PBC is far removed from reality in the field and too often becomes a forum for member states to pursue other agendas.

It is clear that the PBC has failed to meet most people’s expectations. But, this is largely because many of these expectations have been unrealistic. The Commission does not directly control funds for peacebuilding (the PBF allocations are controlled by the Secretary-General). And a Commission whose New York-based membership has almost no postconflict experience or country-specific knowledge, let alone an operational mandate, cannot realistically prioritize peacebuilding needs or impose discipline on an alphabet soup of UN agencies, funds and programs that are not accountable to the PBC.

These and other expectations exert conflicting pressures on the Commission, prompting it to spread itself thinly across a number of unachievable goals.

The PBC is a political forum, comprised of thirty-one member states representing the UN’s major organs (Security Council, General Assembly, Economic and Social Council) and its top financial and troop contributors. This makes it an ideal place to promote strategic coordination by forging a political consensus among key players.

Such a consensus is essential to align a variety of actors’ political and funding decisions in support of the host country; to create the space for actors on the ground to respond dynamically to a fluid situation; and to provide the UN Secretary-General’s senior representative in-country with the necessary leverage to corral UN and non-UN actors behind a coherent peacebuilding strategy.

As a political forum, the PBC is also an ideal place to promote mutual accountability, whereby national actors are held accountable for progress on peacebuilding priorities and international actors are held accountable for their commitments to provide predictable and timely support for peacebuilding efforts. For further analysis of the PBC’s role in strategic coordination and mutual accountability click here.

This year’s review provides an opportunity to achieve agreement among member states on what the PBC can and cannot realistically do.

This is a tall order, but the world needs the UN to be involved in peacebuilding, not just as an operational actor, but also to facilitate political agreement and to galvanize international action. The Peacebuilding Commission is an important piece of that. Member states continue to look to the UN for leadership in establishing, consolidating and sustaining peace after war.