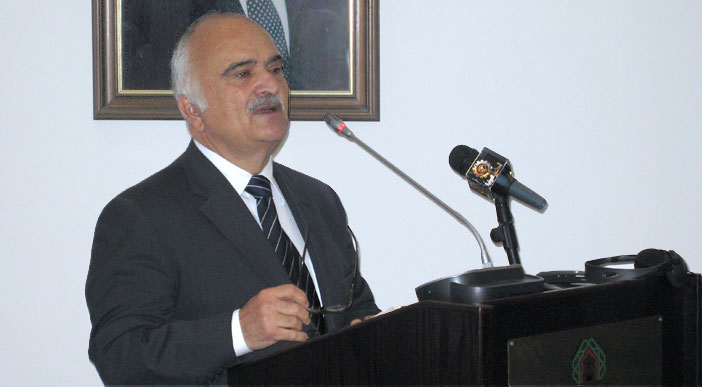 On March 16-17, the International Peace Institute and the Norwegian Ministry of Foreign Affairs co-organized a conference on “Countering Violent Extremism: Learning from Deradicalization Programs in Some Muslim-Majority States,” in Amman, Jordan.

The discussions were opened by His Royal Highness Prince Hasan bin Talal, who highlighted the need to recognize the the commonalities of the Eastern tradition—the wisdom of illumination—and the Western tradition of enlightenment, in order to deal holistically and successfully with terrorism, and to deal with some of the region’s (and the world’s) other problems.

Programs geared toward disengaging active terrorists from radical groups and activities and in trying to moderate their views through “deradicalization” have become increasingly popular in countering and preventing terrorism. High-profile programs, such as that in Saudi Arabia, have led to increased interest in the field, and conference participants were able to learn more about this program and many others from the project creators themselves.

Deradicalization and other “soft” counterterrorism measures have met success in providing a counterweight to the harder, more militarized approaches to dealing with violent extremism. However, deradicalization has not been without problems, and the Amman conference allowed practitioners and scholars alike to evaluate the successes and failures of deradicalization programs, and to highlight areas where improvement is needed.

“Hearing voices from both the Arab and Western worlds is critical in counterterrorism, particularly in understanding deradicalization programs,” one participant noted.

The coordinator of the Al Qaeda and Taliban Sanctions Monitoring Committee of the United Nations, Richard Barrett, said the conference could “provide a very useful preliminary exploration of counterradicalization processes, and [result in] recommendations that are useful to states,” which the UN would then help push forward.

Under the patronage of Prince Hasan, the conference took place at the Arab Thought Forum, a Jordanian NGO established in 1981 by Prince Hasan and other Arab intellectuals, and has a history of convening meetings of minds from the Arab world and beyond.

The two-day conference was attended by approximately one hundred people, including academics, interior and foreign ministry officials working on counterterrorism, and representatives of international organizations from around the world, with a particular emphasis on Muslim-majority states.

The meeting was held under the Chatham House rule of non-attribution. A meeting report will be published by IPI in the coming months, and a follow-up conference will be held this summer at IPI’s New York headquarters.

The event enjoyed wide coverage including a write-up in The Jordan Times.