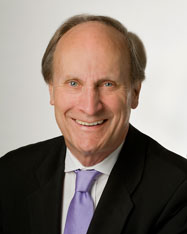 At a farewell reception two years ago for Under-Secretary for peacekeeping operations, Jean-Marie Guéhenno, he was asked what had surprised him the most during his eight years in the post. “The importance of national sovereignty,” he answered.

The observation would seem unexpected coming from a man who headed up the office responsible for deploying multinational forces into sovereign nations.

But the critical importance of national sovereignty at the world’s best-known organization of sovereign states is one that arises continually at the United Nations, and the latest expert commentator to focus on the phenomenon is Mark Mazower, author of the book, “No Enchanted Palace: The End of Empire and the Ideological Origins of the United Nations.”

Mazower, the Ira D. Wallach Professor of History and World Order Studies at Columbia University, has written a strikingly original account of the beginnings of the UN in which an earlier effort to corral sovereignty, the League of Nations, takes on enhanced importance, and the sovereign nations themselves act more independently than the institution’s founders expected.

Mazower, who is British, gives principal roles in his drama of the founding of the UN to a different cast of characters than other authors do. In “Act of Creation: The Founding of the United Nations,” published in 2003, Stephen C. Schlesinger chose as his central figures Americans like Presidents Roosevelt and Truman as well as John Foster Dulles, John F. Kennedy, Averell Harriman, Adlai Stevenson, Nelson Rockefeller and even Edward Stettinius, the historically neglected Secretary of State from 1944-45.

Composing a stimulating intellectual history, Mazower makes much less of these American patricians and their power trade-offs and focuses instead on thinkers like the British sociologist and internationalist Alfred Zimmern; the wartime Jewish émigrés to the United States, Raphael Lemkin and Joseph Schechtman; India’s Jawaharlal Nehru and his sister Vijaya Lakshmi Pandit; and Jan Smuts, the prime minister of South Africa.

In Smuts, the inspirational coiner of phrases about peace, justice and tolerance who simultaneously upheld the notion of white racial superiority, Mazower has the emblem of his basic argument. He contends that the founders of the UN, far from imagining the organization that would press for human rights and national liberation, instead created an organization to safeguard empire, one with more linkage to the failed League of Nations than was ever acknowledged.

Smuts was the author of some of the most highminded claims of the UN Charter and had been a major influence on Woodrow Wilson in planning the League decades earlier. Most important to Mazower’s thinking, he was a passionate believer in the British Empire, calling it “the only successful experiment in international government.”

To Smuts’s horror, though, Nehru and the Indian delegation’s leader at the UN, Madame Pandit, seized upon the South African’s language to protest his own country’s treatment of its Indian population, eventually getting racial prejudice included on the agenda of the General Assembly.

It was the beginning of a realignment that gave third-world nationalists unanticipated counterweight to the great powers and produced from the original 51-member state body today’s assemblage of 192 countries, many of them former colonies. It is why sovereignty, the notion that riled the founders 65 years ago, continues to vex leaders in the Secretariat today.

Mazower argues that “the smallest members of the UN today guard their sovereignty as jealously as the great powers did in the long nineteenth century and erect systemic barriers to intervention by would-be humanitarian interventionists.”

Over the years, he writes, the imperial vision was reshaped by the postwar reaffirmation of national sovereignty and the rise of onetime colonies, and the organization that was created to preserve the colonial order became the leading forum of the anticolonial campaign, demonstrating an adaptability that the author cites admiringly.

“Despite functioning as the product of the historical and political forces outlined here, it has managed on occasions to rise above them and redefine itself in the face of new and unforeseen circumstances. Its flexibility over time and its capacity for reinvention are without question as remarkable as its shortcomings.”

In the end, the book makes a compelling case for a new look at the origins of the UN but disappoints in not saying how this fresh perspective should inform how we view the institution’s possibilities going forward.

“The past is emphatically not destiny,” Mazower concludes, “and the UN’s origins need not shape its future.”