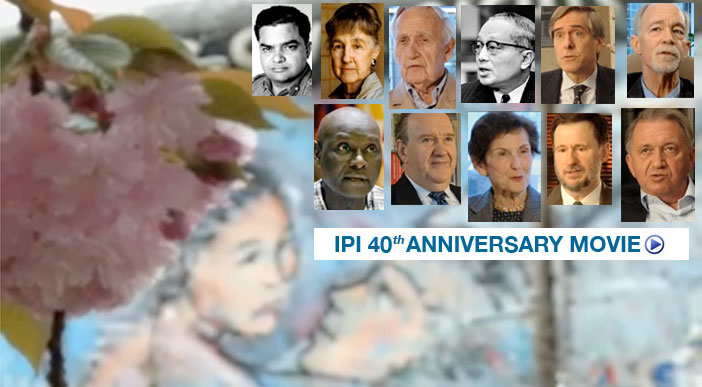 To commemorate its 40th birthday in 2010, IPI made a movie of its history.

It contains footage of IPI’s origins in 1970 as the International Peace Academy when its primary responsibility was training United Nations peacekeepers and coverage of its evolution into an independent think tank with its current mission of promoting the prevention and settlement of conflict through policy research. There are filmed interviews of its founders and subsequent leaders, commentary tracking its growth over four decades, an original musical score and images of its activities and setting and of the new generations of people carrying forward its traditions today.