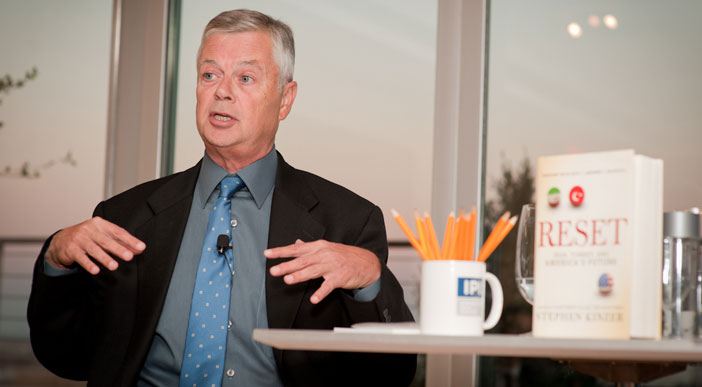 Stephen Kinzer, former New York Times foreign correspondent and author of numerous books that challenge convention, has written in Reset: Iran, Turkey and America’s Future that Turkey and Iran are the only countries in the Muslim Middle East with experience in trying to become democracies.

“From their long struggle,” Mr. Kinzer writes in the book, “both peoples have developed an understanding of democracy and a longing for it that makes them good soul mates for Americans.”

At a recent event at IPI, Mr. Kinzer said that Iran and Turkey possess the two qualities that the US needs in a strategic partner: societies that are similar, and long-term strategic goals that are parallel.

Of Iran and Turkey, he said, “Those are countries where people understand what is a parliament, what is an election, how do you decide whom to vote for.”

Mr. Kinzer, who visited Iran recently, said he is always impressed by the “pro-American tenor of society there.”

“Iran has the potential to vault over Turkey and become the most democratic society in the whole Muslim world,” he said.