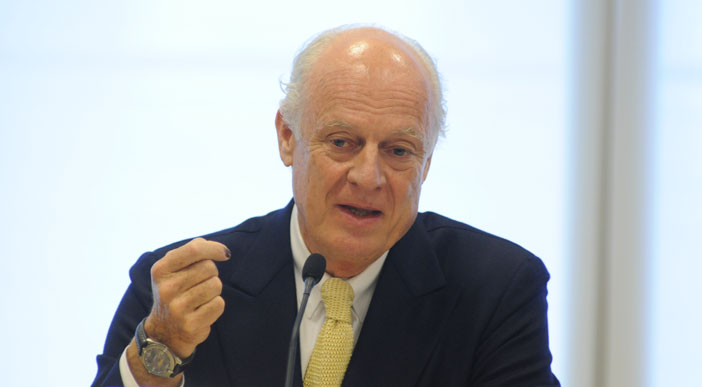 Mr. de Mistura, his finger still inked from voting in the September 19th parliamentary election despite his attempts to bleach it, said the coming months would be difficult, but there is “only one format for the next months–political dialogue, reconciliation, deal.”

“We call it, in our UN terminology, ‘hot negotiations,’” he said. “It is also the time when the maximum pressure is being exercised by either side, both sides, at the same time, in order to have a better position in terms of so-called dialogue.”

“It is going to be rough and difficult for the reason I just mentioned,” he continued, “but there is no other alternative.”

The event was moderated by Terje Rød-Larsen, IPI President.

Coverage in The Huffington Post:
The UN Thinks the End Is in Sight in Afghanistan