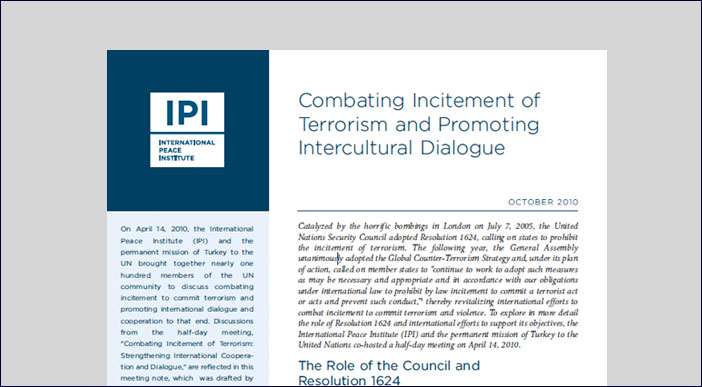 To explore in more detail the role of Resolution 1624, which calls on states to prohibit the incitement of terrorism, and international efforts to support its objectives, IPI and the permanent mission of Turkey to the UN co-hosted a half-day meeting on April 14, 2010, bringing together nearly one hundred members of the UN community to discuss combating incitement to commit terrorism and promoting international dialogue and cooperation to that end.

Discussions from the half-day meeting, “Combating Incitement of Terrorism: Strengthening International Cooperation and Dialogue,” are reflected in this meeting note, which was drafted by Naureen Chowdhury Fink, rapporteur.