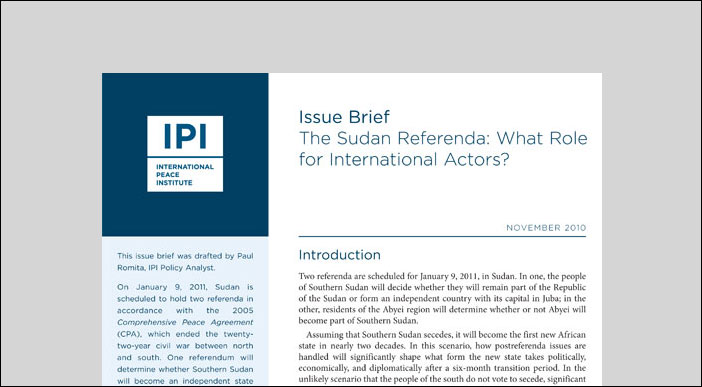 On January 9, 2011, Sudan is scheduled to hold two referenda in accordance with the 2005 Comprehensive Peace Agreement (CPA), which ended the twenty-two-year civil war between north and south. This issue brief highlights the main actors and challenges in the referenda preparations.

Assuming that Southern Sudan secedes, it will become the first new African state in nearly two decades. In this scenario, how postreferenda issues are handled will significantly shape what form the new state takes politically, economically, and diplomatically after a six-month transition period.

Given the lack of trust between the parties and the intractable nature of the challenges, the issue brief argues that sustained and substantive international engagement will be required not just in the lead up to the referenda but also over the long term to help Sudan (as one or two countries) chart a course toward a more peaceful and prosperous future.