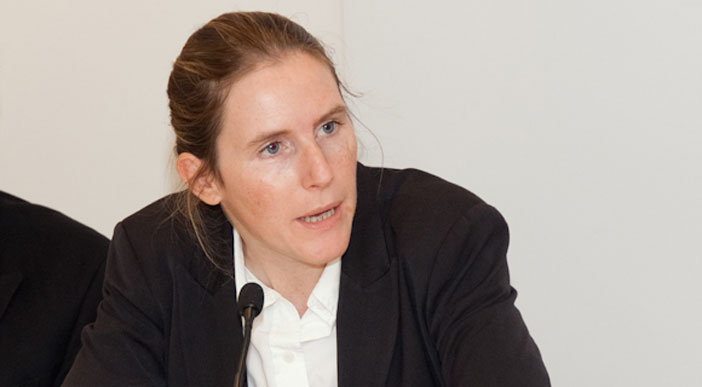 During the past decade, international actors such as the United Nations and the European Union have engaged heavily in the Democratic Republic of the Congo (DRC) in an attempt to help the country transition from war to peace. Yet billions of dollars in international assistance, and the UN’s largest peacekeeping operation have failed to bring peace and good governance to the DRC.

In an IPI roundtable discussion launching her new book, The Trouble with the Congo: Local Violence and the Failure of International Peacebuilding, Dr. Séverine Autesserre argued that international peacebuilding efforts in the Congo have largely failed because they have focused exclusively at the macro-level, without also analyzing and addressing the micro-dynamics of conflict. She prescribed intercommunity reconciliation and land reform as key mechanisms for mitigating sources of tension at the local level.

In the book, Dr. Autesserre, who is Assistant Professor of Political Science at Barnard College, Columbia University, writes, “only when international interveners address the micro-foundations of peace settlements will they become…able to defeat the perpetrators of human rights violations.”

Dr. Stephen Jackson, Director of the Policy Planning Unit, UN Department of Political Affairs, served as discussant at this November 15, 2010 event, which attracted approximately thirty experts on the DRC and peacebuilding from the UN Secretariat, member states, and NGOs.