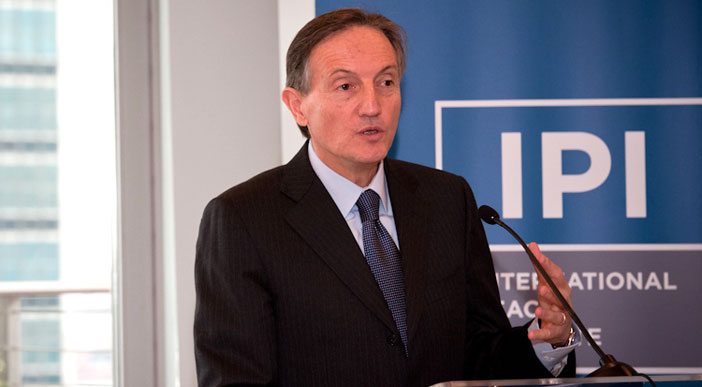 Ambassador Claudio Bisogniero, Deputy Secretary-General of the North Atlantic Treaty Organization (NATO), briefed an IPI audience on December 14th on the outcomes of the Lisbon NATO Summit and NATO’s new Strategic Concept that will serve as a roadmap for the alliance.
The Strategic Concept, adopted at the Lisbon Summit by the NATO Heads of State and Government, reiterates the commitment of the alliance to the collective defense of its members, to the purposes and principles of the UN Charter, to crisis management, and to cooperative security. NATO is also seeking a stronger relationship with the UN in facing existing challenges and developing a comprehensive approach to those crises where both the UN and NATO are engaged.