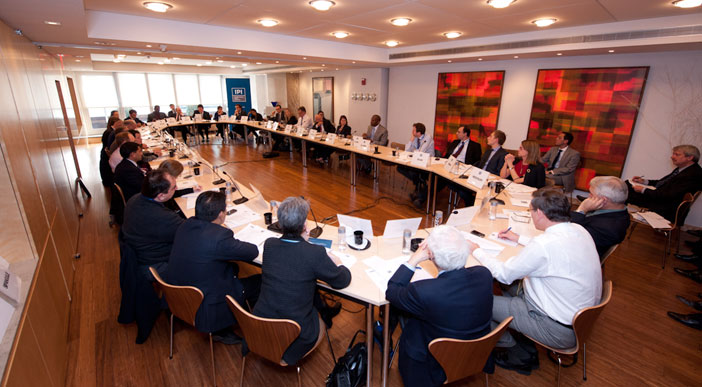 The Security Council first addressed the issue of protection in 1999. The debate came at the end of a period in which peacekeepers were impotent witnesses to the immense suffering of civilians in violent conflict, including those in Rwanda and Bosnia and Herzegovina.

The concept of robust peacekeeping emerged in response to these failures, as some charged that UN peacekeeping missions were not “robust enough” to prevent the massive violation of human rights perpetrated against civilians.

Since then, considerable attention has been devoted to the relationship between protection and robustness. While the Council has systematically included protection language in most country-specific resolutions, the concept of robust peacekeeping has been only partially implemented in some operations (Sierra Leone, Democratic Republic of the Congo, Haiti, Lebanon). Its conceptualization, however, has attracted renewed attention lately, particularly in the context of protecting civilians.

The two concepts are often conflated. The obligation–introduced in several resolutions of the Council–for troops to provide, within their capabilities and in the areas where they are deployed, protection of civilians, is often understood as the primary goal of robust peacekeeping. Peacekeepers are then expected to restore security, law, and order to the countries where they are deployed. Some see the protection of civilians and robust response to threats as key challenges to UN legitimacy and credibility.

Clarity is needed on what robust peacekeeping can and cannot achieve in the area of protection.

An IPI roundtable titled, “The Politics and Practice of Protection: From Effective Mandates to Implementation in the Field,” co-sponsored by the Policy and Strategic Affairs Department, Ministry of Defense, France, addressed the issue from two interconnected points of view. The first panel of the December 10th event focused on the political aspects of protection. The second panel addressed the challenges of implementing protection.

The panelists were as follows: