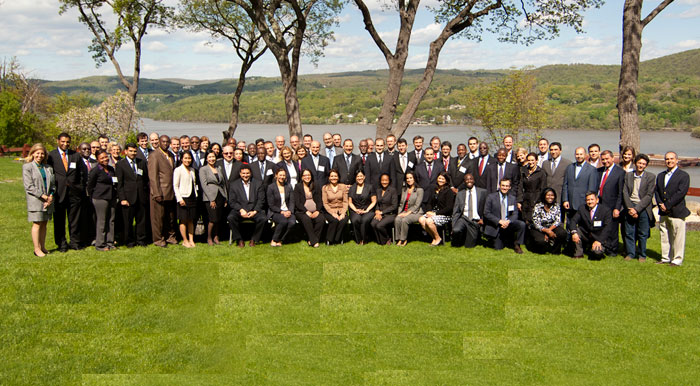 Preventing the conflict that is devastating parts of the world and amounting to roughly US$8 billion per year in UN peacekeeping costs was the subject of a two-day IPI seminar, “Conflict Prevention: Toward More Effective Multilateral Strategies,” where high-level diplomats discussed conflict prevention measures and analyzed what challenges exist in tapping into their full potential.

As one speaker at the seminar suggested, “We are in a conflict prevention moment.”

The gathering, IPI’s annual New York Seminar, also explored potential linkages between preventive efforts of multilateral actors and bilateral and national conflict prevention, including activities by national civil society organizations. It featured a discussion of how conflict-prevention strategies can be applied to country-specific situations, including Côte d’Ivoire, Kenya, and Kyrgyzstan.

Conflict prevention has been high on the agenda of many multilateral institutions. In July 2010, under Nigeria’s presidency, the UN Security Council held a thematic debate on preventive diplomacy, while it has also begun to hold conflict-prevention briefings with the Department of Political Affairs. The African Union and the African regional economic communities (RECs), particularly through the Continental Early Warning System (CEWS) and subregional mechanisms, are playing an increasingly significant role in conflict prevention in Africa.

These developments have occurred with good reason. The human toll of conflict in recent years, particularly in Africa, has been enormous. Resource constraints also continue to be a major challenge for multilateral peace operations. Timely preventive action holds the promise of avoiding devastating conflict and is more cost-effective and less intrusive than multilateral conflict response.

IPI New York Seminars are designed to foster the professional development and expertise of representatives of member states to the United Nations (as well as other members of the UN community) on timely and important issues related to international peace and security.

The seminar was held under the Chatham House Rule of non-attribution and made possible through the generous support of the governments of Finland, Norway, and Sweden. A meeting note is forthcoming.