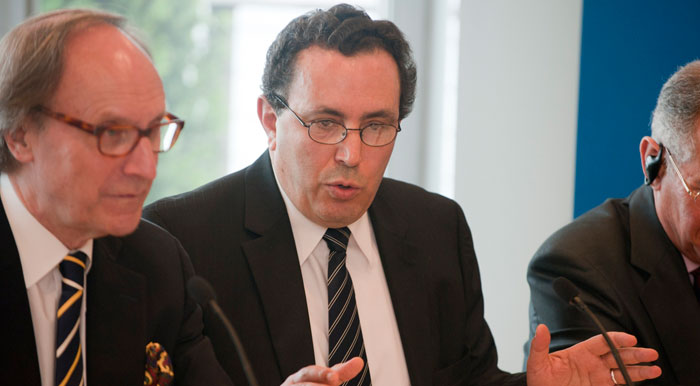 “There is a strong belief that transitional justice is needed now, both to demonstrate a real break with the past, but also to make sure that a new Tunisia is built on a solid foundation of respect for the rule of the law that includes accountability of its leaders, current and former,” said Ambassador Ghazi Jomaa of Tunisia at a May 16th panel discussion at IPI.

The discussion focused on how Tunisia’s interim government should hold former leaders accountable for past actions, and how best to address the needs and experiences of victims.

“Justice must be comprehensive and should include reparations for the victims and communities who were particularly oppressed,” Ambassador Jomaa said. “The interim government in Tunisia has already offered reparation to the victims of the recent uprising and their families. But, in many cases, material reparation proved irrelevant as long as perpetrators were not indicted. As a matter of fact, some families refused to receive any reparations, insisting instead that perpetrators should be brought to justice first.”

The event was co-hosted by IPI and The International Center for Transitional Justice.