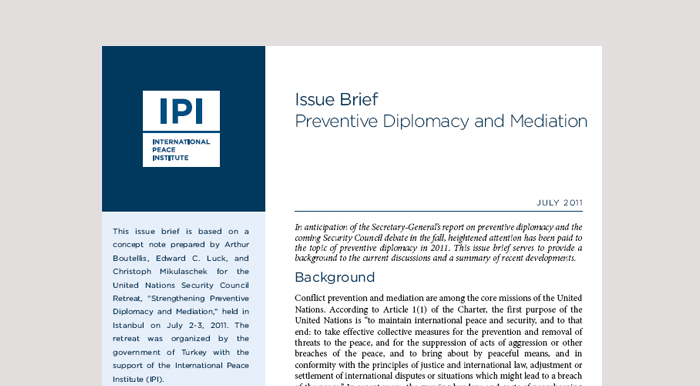 This issue brief serves to provide a background to the current discussions as well as to provide a summary of recent developments.

It is based on a concept note prepared by Arthur Boutellis, Edward C. Luck, and Christoph Mikulaschek for the United Nations Security Council Retreat “Strengthening Preventive Diplomacy and Mediation” held in Istanbul on July 2-3, 2011.  The retreat was organized by the government of Turkey with the support of IPI.