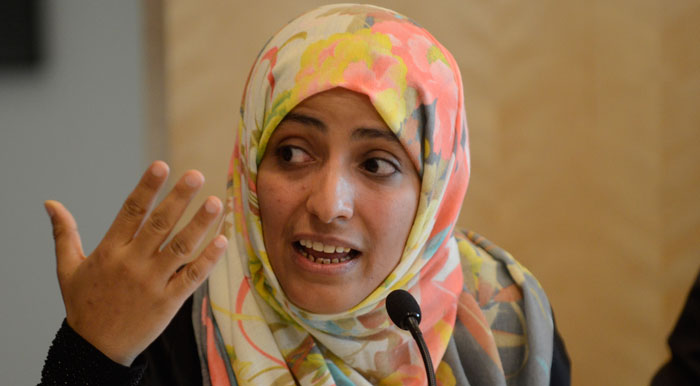 On Friday, October 21st, IPI convened a working lunch with 2011 Nobel Peace Prize Laureate Tawakkol Karman of Yemen. The meeting was attended by senior UN officials and representatives from countries on the Security Council and from nations who play an active role in the UN. Tawakkol Karman, 32, is the first Arab woman and the youngest winner of the prize to date. She is the founder of the human rights group, Women Journalists Without Chains. She is a journalist and a member of the Islah opposition party but describes herself first and foremost as a campaigner for Yemen’s alienated youth.

The meeting, held under the Chatham House rule of non-attribution and chaired by IPI President Terje Rød-Larsen, allowed for candid discussion on the popular uprisings in the Arab world and the volatile situation in Yemen. It took place on the day of Security Council deliberations on a resolution to call upon President Saleh to implement the Gulf Cooperation Council agreement, under which he would resign and transfer power to his deputy.

Ms. Karman came to New York to warn of civil war and to prevent a prolongation of the current political impasse. At IPI, she expressed her strong desire for action at the United Nations.

Security Council Resolution 2014 regarding the situation in Yemen