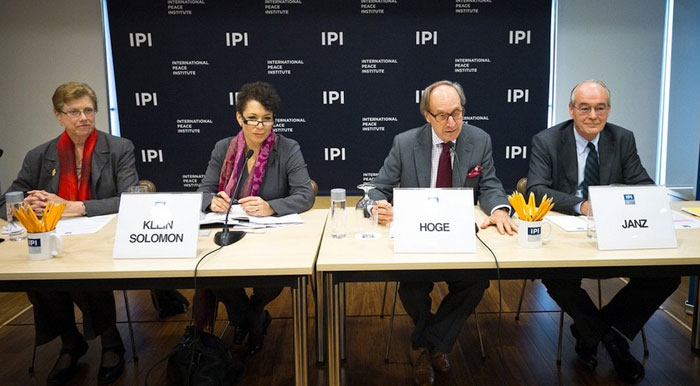 “Human migration, forced or otherwise, will be one of the most significant consequences of environment degradation and climate change in decades to come,” said Ambassador José Filipe Moraes Cabral, Permanent Representative of Portugal to the UN, at an IPI event on October 24, 2011.

“The immediate effects of this phenomenon have a particularly serious impact in countries and regions already facing other security and governance challenges,” he said. “The question, therefore, is how can a better knowledge of climate change patterns contribute to more capable international responses to situations of human migrations?”

The event, “Environmental Migrants: Climate Change and Human Migration,” was co-sponsored by the Permanent Missions of Portugal and of Germany, and featured remarks and discussion from three panelists: Udo Janz, Director of the Office of the United Nations High Commissioner for Refugees; Susan Martin, Associate Professor of International Migration and Executive Director of the Institute for the Study of International Migration at Georgetown University; and Michele Klein Solomon, Permanent Observer to the United Nations for International Organization for Migration.

The event was chaired by Warren Hoge, IPI Senior Advisor for External Relations.