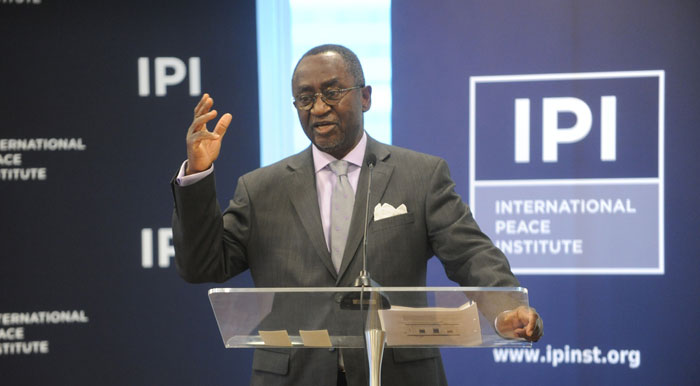 “There are a lot of things we do which are not in the public eye, mostly behind the scenes,” Kwaku Aning, Deputy Director-General for Technical Cooperation of the International Atomic Energy Agency (IAEA), told an IPI policy forum on February 24, 2012.Dr. Aning spoke about the broad range of activities that the IAEA does that are not as well-known as its monitoring function—particularly those related to promoting development in its member countries.

Contrary to what many people believe, Dr. Aning said, most of the IAEA’s work is not about verification. In fact, some 80 percent of IAEA membership consists of states that do not operate a nuclear energy program. Most of the countries, he said, are members of the agency because of the benefits of the technology for tackling development problems. Therefore, it was very important that technical cooperation succeeds.

“Part of our problem is that people don’t know what we do. My mission is telling people what we do,” he said.

He outlined the IAEA’s research and projects collaborating with other United Nations agencies across a number of sectors, such as mapping water resources, improving childhood nutrition, modeling impacts of increased ocean acidification, eliminating pests that target crops, and developing flood and drought-resistant crops. “We work with our partners, organizations, entities, that have the mandates to do this work. And we use our techniques to back them up. To make sure they succeed,” he said.

He explained that because of the IAEA’s diverse range of activities, it is not often the agency with the primary mandate in the concerned sector. This can create problems.“Somebody wants to give money to health, they go to WHO, not to the agency. Or food and agriculture; they go to FAO. So, we have been going around spreading the word. We do a lot of stuff to support these organizations, our sister organizations, to succeed in what they do.

“So we also need funding,” he said, adding in a jocular aside, “Show me the money.”

He gave the example of the IAEA’s crucial role in eliminating tsetse flies in Tanzania and Ethiopia. “The problem sometimes that we have is, we do not have the main mandate in these places. Agriculture— everybody thinks of FAO. They will never think of IAEA. But we have eliminated pests from the globe, and this wouldn’t have been possible without the technology behind it.”

Moderating the event was François Carrel-Billiard, Managing Director of IPI.