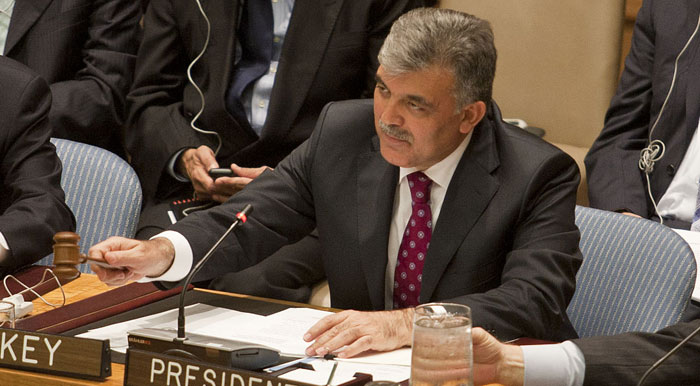 The meeting, held under the Chatham House rule of nonattribution, sought to build on and enrich the ongoing debate on how best to realize the full potential of preventive diplomacy and mediation as cost-effective options for dealing with crises.

The report provides a synthesis of the discussions covering each of the six roundtable sessions on preventive diplomacy and mediation:

Though the Security Council has undoubtedly been paying more attention to matters of preventive diplomacy and mediation in recent years, views are mixed about how effective and energetic it has been in utilizing these and other tools of pacific settlement under Chapter VI of the charter. On the one hand, the Council’s role in encouraging or undertaking preventive measures has certainly grown since the end of the Cold War. The c Council’s record at prevention however, has been mixed.

The human rights tools and architecture of the United Nations can provide significant assistance to preventive-diplomacy and mediation efforts. The Security Council has developed innovative formats in recent years to provide space for less structured conversation and for engaging with parties without placing the dispute on its agenda.

Over the past two decades, the number and variety of mediators has proliferated. States, regional and subregional arrangements, prominent individuals, and independent organizations have offered their services on either a case-by-case or generic basis. Some independent nongovernmental organizations have developed specialized expertise in supporting peace processes as well. Such professional mediation support groups may face fewer constraints in interacting with nonstate armed groups, and their initial efforts to open dialogue may prepare the ground for more formal negotiations.

4. Lessons on Mediation: Coherence and Synergies

To some, the simplest way to ensure a coherent approach to mediation and preventive diplomacy is to designate a single lead mediator or mediation team. On the other hand, today’s multilayered peace processes may well demand a broader set of players with a range of skill sets. It might not be wise to put all of one’s eggs in one basket given the mixed records of lead mediators in the past. In any case, it seems to be inevitable that multiparty mediation will continue to be more the rule than the exception.

There have been substantial efforts recently on several levels—within the United Nations Secretariat, regional and subregional arrangements, and civil society groups—to boost international capacity for conducting and supporting preventive diplomacy and mediation. These are welcome developments. They should be accompanied, however, by efforts to improve the cost-effectiveness of the world body’s preventive diplomacy and mediation initiatives and to avoid their bureaucratization

6. Wrap-up and Next Steps

The Council faces a distinct set of challenges and opportunities. The abundance of policy choices offers flexibility even as it poses the challenge of coherence. At the end of the day, the following questions need to be asked: how is the United Nations doing in the fields of mediation and preventive diplomacy? Can the Security Council do more to ensure their success? Where has the Council done relatively well in that regard, and where not? Why? The answers to these queries would require a degree of certainty and sophistication in assessment that does not yet exist.

The rapporteurs were Arthur Boutellis, Research Fellow at IPI, and Christoph Mikulaschek, Senior Policy Analyst at IPI at the time of the retreat and currently a PhD student at Princeton University’s Department of Politics.