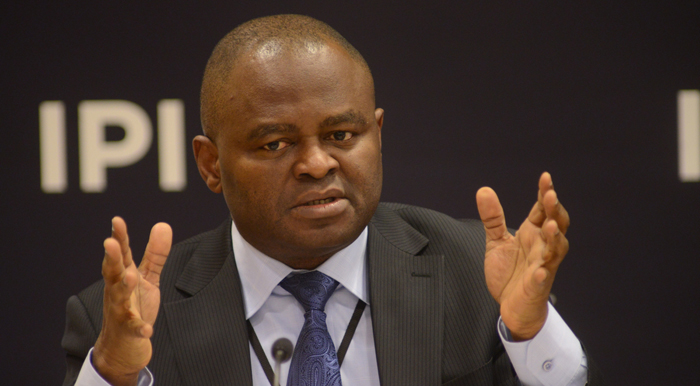 Two weeks after Kenyans took to the polls to elect their new president on March 4th, 2013, IPI hosted a policy forum that assessed the outcome of the elections in Kenya. Panelists considered the mechanisms of the electoral process, the 2010 Kenyan constitution, and the implications of the International Criminal Court (ICC) indictment of Uhuru Kenyatta, who won the majority vote. With so much uncertainty following the disputed 2007 elections, which entailed widespread violence, the 2013 elections were seen as relatively peaceful. Nonetheless, challenges remain and the outcome of the elections will set the tone for Kenya’s internal security and international standing.

Dr. Ozonnia Ojielo, Coordinator for Conflict Prevention and Recovery at the Bureau for Crisis at the United Nations Development Programme (UNDP), discussed the violence prevention mechanisms that were put in place before the elections. In February, he had visited Kenya for two weeks, on an invitation by the government, to look at the preparations and provide advice to the national authority.

From his perspective, at the local, grassroots level, there was greater engagement in violence prevention among civil society and community groups. However, at the national level, he explained that there were no mechanisms in engagement in a higher context, among the political actors, and this was also a gap in the 2007 elections.

Despite the gap, however, the election process was still an improvement from 2007. “There has been a lot of time and resources committed to building the capacity of the electoral commission,” Dr. Ozonnia said. Opinion polls in the country rated the electoral commission as the most trusted in Kenya, although with 33,000 police stations, thousands of polling officers and six elections in one day, it was a logistical challenge, he remarked.

With enhanced security arrangements and reforms in the judiciary that enacted regulations and designated special courts for election disputes, there was greater confidence among Kenyans in the election process, he said, underscoring that the transparent process it conducted was significant.

Reflecting on the lessons learned from the new elections, he highlighted the importance of national capacities for conflict prevention and management. Within the country, there was distrust of external mediation and intervention so it was important that the election process was lead by Kenyans themselves, Dr. Ozonnia said.

“The idea of national standing capacity is not an ad-hoc but something we need to do systematically and build the capacity early on,” he remarked.

In regards to the 2010 Kenyan constitution, E.J. Hogendoorn, Deputy Director of the Africa program at the International Crisis Group, discussed the challenges to the process of devolution, a new idea that was presented in the constitution.

Even though the voting period has finished and the campaigns have ended, Mr. Hogendoorn said that Kenya is not out of the woods yet.

In his view, a significant challenge in the reform process will be “the implementation of the 2010 constitution and in particular, the efforts to devolve government in Kenya.”

Traditionally, Kenya has been a centralized presidential state, one of the sources of chronic conflict and instability in the country, he said. Drafters of constitutions decided to create 48 new counties with their own governors and local assemblies, giving those counties significant fiscal responsibilities.

“How exactly that devolution process will occur and how far it will go remains a question for the Kenyan people and for all these new politicians, and we argue could be a very significant source of conflict, both at the local and national level, as communities in counties themselves compete for the resources that these new institutions control,” Mr. Hogendoorn remarked. He argued that the international community needs to keep a close eye on the events in Kenya for the foreseeable future, especially for the next 2-3 years when the devolutionary process takes hold.

Citing a World Bank report which said, “A rushed transition could set up counties to fail, by giving them responsibilities before they have the capacity to carry them out,” he said that a rushed devolution could undermine the reform process in general.

Mr. Hogendoorn concluded by highlighting the budgetary implications of the devolution process, which poses strains on the government’s fiscal controls to stabilize the macroeconomic environment in the country.

Peter Gastrow, Senior Adviser at the International Peace Institute, discussed the implications of the ICC’s indictment of several presidential candidates on the election, addressing the contradiction between the Kenyan people’s support of the ICC and their intentions to support the indicted candidates.

Citing a December 2010 public opinion poll, Mr. Gastrow said that 85% of Kenyans were in favor of the ICC trying those who bore the greatest responsibility for the violence in 2007. However, once the names of the suspects were announced, support dropped to 60%. In October 2012, a Gallup poll found that while 70% of Kenyans supported the ICC, a majority of the voters still intended to support an indicted candidate, he remarked.

“Maybe in hindsight–with all the wisdom one has in hindsight–that should have been looked at very carefully, that tension between support the ICC but don’t touch my candidate, that type of attitude,” he said.

Mr. Gastrow went on to highlight the statements made by the Western powers on the ICC indictments, many of which said they will have limited to no contact with the ICC indictees. “[These statements] would be perceived as self-righteous, arrogant and condescending by many Kenyans, and that’s what happened,” he said, arguing that Uhuru Kenyatta used the vibe to whip up support.

Mr. Gastrow also noted the post-election responses. “None of the responses [from the Western powers] referred directly to the victory of Uhuru Kenyatta. They all congratulated the Kenyan people,” he said. China, however, congratulated Kenyatta for winning the elections, saying it was looking forward for close cooperation with the country. “A very different vibe and very different approach,” he added.

Turning back to the ICC, Mr. Gastrow said, “The political elite [in Kenya] are strongly against the ICC. They see it as a threat, I think, partially because it threatens political and criminal impunity. It potentially threatens their interests.”

“If it was not for the significant support which now exist for the Supreme Court and the judiciary in Kenya, one would be very pessimistic,” he continued. “That is one of the very few factors which for me suggest that Kenya is a country with a future. The judiciary has broad support and the public has trust in it and once institutions start having broad support and trust, I think developing countries are on their way to success, which I hope Kenya will be.”

The event was chaired by John Hirsch, Senior Advisor at the International Peace Institute.

Why Kenyans Voted For ICC-Indicted Candidates