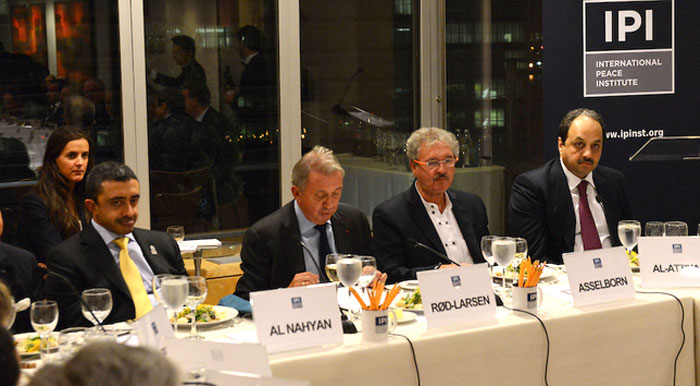 Discussion at the dinner covered the Middle East peace process and the crisis in Syria.

Prior to the dinner, special guests Bill and Melinda Gates discussed the ongoing efforts of their foundation to eradicate polio and cited the connection between health and security.

Briefing the participants on the peace process were Yasser Abed Rabbo, Secretary-General of the Executive Committee of the Palestinian Liberation Organization; Tzipi Livni, Minister of Justice of Israel; and Martin Indyk, the senior American envoy to the newly resumed peace talks.