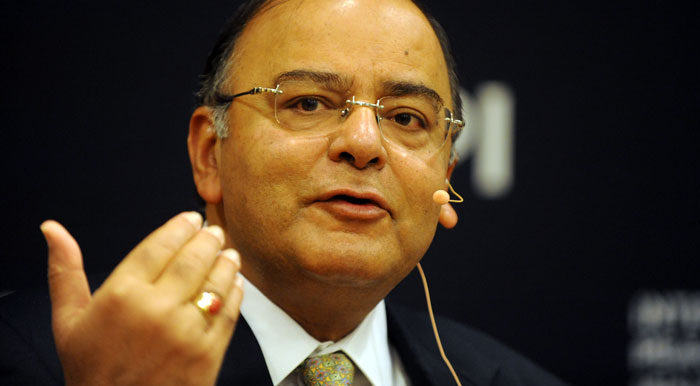 “From all indications that I gather, there is a huge anti-incumbency mood which has emerged in the country,” said Arun Jaitley, Leader of Opposition (Rajya Sabha) in India, whose presentation at the International Peace Institute was a primer of sorts on Indian democracy. “In fact, it’s almost unprecedented. It’s a mood were angry people are extremely keen to vote a government out.”

During the October 17th event, Mr. Jaitley said that though he generally avoids discussing domestic affairs while abroad, he wanted to speak on the subject since the general elections were coming up in May, 2014.

Commensurate with the growing disillusionment of the current government, Mr. Jaitley argued, is the popularity of his own party, the Bhartiya Janta Party (BJP), including the prime ministerial candidate of the BJP, Narendra Modi.

As chief minister of the state of Gujarat at the time, Mr. Modi was investigated for failing to suppress a surge of anti-Muslim ethnic violence in 2002. Even though the investigations found no negligence on his part, Mr. Modi has remained a controversial figure in Indian politics.

However, Mr. Jaitley said the BJP’s would-be prime minister has gained favor in the last decade both in India and the diaspora. “In most sections, Modi’s stock is quite high. [People] look at him as somebody with a proven track record in governance and are looking for a decisive leadership quality. That has hugely improved his acceptability.”

There are several causes for this anti-incumbency mood, Mr. Jaitley explained, but first and foremost is the subcontinent’s economic deceleration. “Last three, four years, we’ve nosedived from a nine percent consistent growth rate,” he said. “This year they are anticipating a four, four-plus growth rate.”

With a projected 1.3 billion people in the next few years, India is the world’s largest democracy, and has long been considered one of the major emerging economic superpowers as a member of the BRICS (Brazil, Russia, India China, South Africa) group. “Today the biggest challenge is how do we take this four percent back to nine percent in India,” Mr. Jaitley said, “so that the I in the BRICS doesn’t fall off.”

When asked whether India wasn’t simply a victim of worldwide economic forces, Mr. Jaitley said, “The current crisis in India is substantially domestic and has little to do with the overall global situation.” He added that the country’s domestic consumption is huge, and that it had avoided previous economic disasters, like the East Asian and subprime mortgage crises.

In the lead up to the elections for all parliamentary seats as well as prime minister next year, the national economy is already a contentious issue, especially as it relates to governance. BJP’s biggest competitor is the Indian National Congress party, which is headed by Prime Minister Manmohan Singh.

Mr. Jaitley claimed that the two main culprits of fiscal deterioration were widespread corruption and failure of proper leadership. He stated governance issues are a huge focus of the coming elections. “The first priority has been on the management—or mismanagement of the economy,” he said. “People see the governance of the last three or four years as a major leadership failure.”

Implying that the fault lay with Prime Minister Singh, Mr. Jaitley said, “The prime minister must have the last word as far as the economic management of the country is concerned. He has to be the natural leader of the country, he has to have the last word, he has to have the ability to overrule others.” Furthermore, he said corruption within government scared both international and domestic investors away. “Who would like to invest in a country which confiscates investments because the government indulged in dishonesty?” he asked.

He called this trend “a reverse flight,” referring to the years before the decline when money flooded into the country from both foreign and domestic developers. “The challenge for the new government will be how to recreate the investment cycle in India.”

In addition, Mr. Jaitley argued that failure of the present regime to address problems with the economy and corruption “is almost making the next election a quasi-referendum on leadership.” He went on to describe the two ways leaders come to power in India: elected within structured political parties, much as in most democracies around the world; and dynastic parties, where political leadership is hereditary—passed down within a prominent family.

“And this is where India is still maturing as a democracy,” Mr. Jaitley said. These different structures for democracy may come to a head in the coming election, he suggested.

“Indian democracy has one great strength—resilience,” Mr. Jaitley said in closing. “India faces crisis after crisis, but we have a whole history of emerging stronger out of each crisis.”