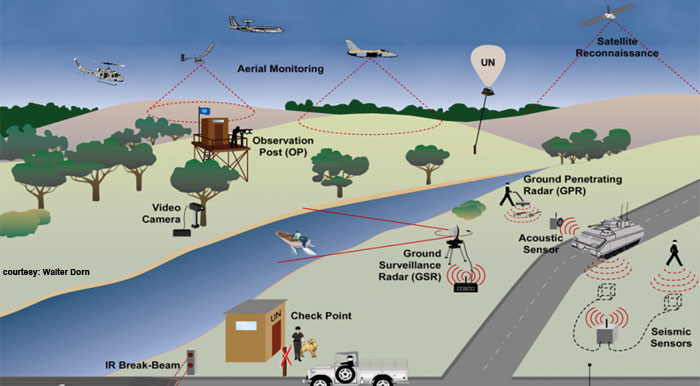 Technology is dramatically transforming the way that we look at, and deal with, war and peace: this was the key message of the 44th session of the IPI Vienna Seminar, which took place May 13-14, 2014. This year’s seminar examined how technology in a digital age is affecting war and peace making, governance, diplomacy, privacy, and safety.

The meeting, which took place in the Austrian National Defence Academy, was officially opened by Gerald Klug, Austrian Minister of Defence and Sports. In an introductory presentation, Walter Kemp, IPI’s Senior Director for Europe and Central Asia, raised the question if technology help create a more open world, or if we are already living in the shadow of an Orwellian Big Brother? Peter Launsky-Tieffenthal, United Nations Under-Secretary-General for Public Information, explained how the UN is using technology to improve its public policy.

More than one hundred participants including experts, diplomats, military officials, representatives of civil society, academics, journalists, and students took part in six sessions that covered a range of issues focusing on the impact of technology on security including relations between governments and people, institutions, and networks. The event’s Twitter hashtag #IPIVS14 delivered tweets to timelines over 800,000 times.

During a session on warfare in the digital age, chaired by Security Policy Director Johann Frank, particular attention was given to cyber threats and ways to minimize risks while “learning to live with the digital dimension.”

Martin Nesirky, former Spokesman of the UN Secretary-General, chaired a discussion on the issue of privacy and security, and the dangers of the “surveillance state.”

UN Under-Secretary-General for Field Support Ameerah Haq served on a panel that profiled the use of technology in peacekeeping and peacebuilding operations, as well as for disaster risk reduction and emergency response.

During a vibrant debate on social media, the central question became: does digitalization encourage democratization, or undermine it? Social media, participants agreed, is giving voice to people and fuelling public debates in an unprecedented manner.

On day two of the seminar, the first session addressed challenges of cyber-crime and how to cope more effectively with cyber threats. It was noted that identity theft and industrial espionage are costing governments and the private sector billions of dollars each year.

The final panel, chaired by IPI President Terje Rød-Larsen discussed how diplomacy has changed in a digital age. Panelists, including Daryl Copeland from the Canadian Defence and Foreign Affairs Institute, the OSCE Representative on Freedom of the Media Dunja Mijatovic, and James Rubin, Visiting Scholar at the Rothermere American Institute, debated the merits and dangers of more open diplomacy.