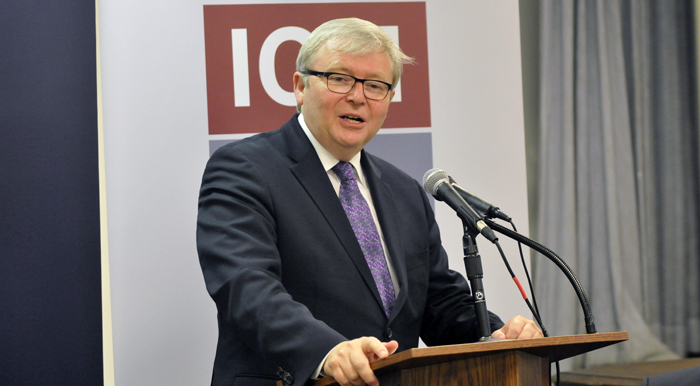 The Commission will be a comprehensive two year program, with the objective of identifying policy proposals to enhance the multilateral system’s ability to respond to existing and evolving global challenges.

IPI will serve as the secretariat under the leadership of IPI’s Senior Adviser and the former Permanent Representative of India to the UN, Hardeep Puri, who will be the Secretary General of the Commission.

Rationale for Establishing the ICM
The United Nations was formed nearly seven decades ago. Since then, there has been a dramatic evolution in the nature of threats to international peace and security – as well as a proliferation of new challenges. There is now an urgent need to independently review the current multilateral system and to make it fit for purpose.

The above three tier structure will be supported by a Working Group made up of participants from governments. Under the direction of the Secretary General, and in close cooperation with the Chair and Co-chairs, IPI will take the lead in drafting the final report of the Commission.

The first meeting of the Ministerial Group and Advisory Council of Eminent Persons was held this evening at the IPI.