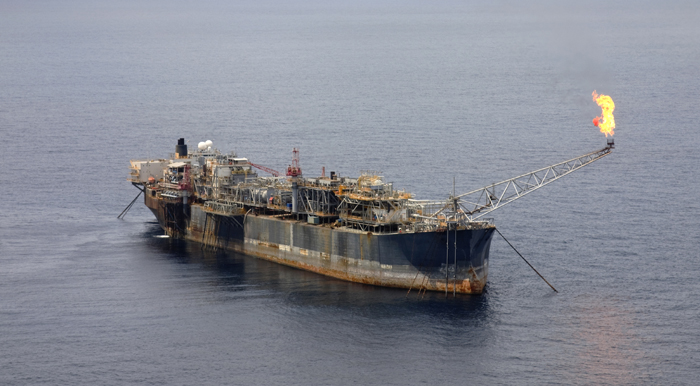 West African development depends on energy, and that energy depends on stability—this was one of the sentiments repeated during a September 9th expert roundtable held in Paris on the theme of energy and security in West Africa. As an industry representative pointed out, “stability creates the predictability that is needed to execute big projects over a long period.” The meeting was held under the Chatham House rules of non-attribution and hosted by the International Peace Institute and the International Gas Union (IGU).

Participants at the meeting included energy consultants, security and risk experts from oil and gas companies active in the region, analysts from local and international think tanks, the Director of Energy for the ECOWAS Commission, the Chairman of the West African Power Pool, and the President of IGU. They were briefed on energy and security in West Africa by Ogunlade Davidson, a professor at the University of Sierra Leone and the country’s former Minister of Energy and Water Resources.

In a paper prepared for the meeting, Professor Davidson noted the region’s great potential including 3 percent annual economic growth rates and significant hydrocarbon resources, particularly in Ghana and Nigeria. However, he also outlined considerable challenges including: a spill-over of instability from the collapse of governance in Libya and civil war in Mali; fragile stabilization processes in Cote d’Ivoire, Liberia, and Sierra Leone; terrorism (particularly from the Nigerian Islamist sect Boko Haram and al-Qaeda in the Islamic Maghreb); drug trafficking; piracy (in the Gulf of Guinea); the spread of the Ebola virus; corruption; weak governance; and unequal development.

Participants noted that most recent discoveries of oil and gas in the region are offshore, and this is creating vulnerability to piracy in the Gulf of Guinea. The attack on a Shell oil platform in June 2008 was also recalled. It was observed that “problems off-shore stem from problems on-shore,” in the latter case due to the rebel Movement for the Emancipation of the Niger Delta. Furthermore, it was estimated that between 75,000 and 150,000 barrels of crude oil are stolen every day in the Niger Delta region–a massive loss to the state treasury. That said, as one participant observed, “some of the biggest pirates are in government.”

The threat posed by terrorist groups like Boko Haram as well as groups operating in northern Mali was discussed. Lessons learned from the terrorist attack on the In Amenas gas refinery in Algeria in January 2013 were recalled, particularly those outlined in a report prepared by Statoil. The need for better intelligence sharing between host governments and multi-national companies was underlined.

The situation in Nigeria was given special attention since it is by far the region’s biggest energy producer. It was noted that lessons learned from Nigeria should be applied elsewhere (particularly Ghana which is rapidly increasing offshore oil production) to deal with issues like corruption, unequal development, gas flaring, and avoiding the “resource curse.”

The impact of energy on the geo-politics of the region was discussed, for example the decreasing engagement of the United States (due to domestic fracking) and the increased interest of China, India, and Gulf countries.

The impact of energy on human security and socio-economic development were discussed, including how to strengthen transparency, integrity and accountability in relation to oil and gas revenues, how to overcome energy poverty, how to ensure access to electricity (particularly in rural areas), and how to reduce the health risks associated with burning firewood and charcoal. The issue of energy subsidies was raised. Some participants underlined the need to lower subsidies and create a more rational system of gas pricing in the region, while others cautioned that his could increase prices for consumers and trigger energy riots.

The impact of energy on the environment was stressed, for example in relation to gas flaring, oil spills, the destruction of mangrove forests, deforestation, desertification, as well as climate change. It was noted that these threats can harm livelihoods, and even cause displacement.

It was observed that while West Africa produces considerable amounts of oil and gas, most of it is exported. It was stressed that more must be done to convert gas to electricity, and to invest in renewable energy.

Because of the size and costs of developing energy-related infrastructure, participants highlighted the need for public-private partnerships, the involvement of development banks, as well as sub-regional cooperation.

In a good example of how energy can be a source of cooperation rather than conflict, one participant highlighted a recent project where Cote d’Ivoire is supplying electricity to communities in Liberia despite recent tensions along the border. It was also pointed out how energy can promote regional trade, development and cooperation. Examples cited included the West Africa Gas Pipeline (from Nigeria, through Benin and Togo to Ghana), and a planned electricity project involving countries of the Mano River Union, namely Cote d’Ivoire, Liberia, Sierra Leone and Guinea.

It was concluded that the issue needs greater political attention and support. It was therefore suggested that the observations and recommendations of the IPI meeting in Paris should be presented to the recently formed African Energy Leaders Group (championed by Kandeh Yumkella) as well as the Conference of Energy Ministers of Africa (CEMA).

The meeting, held at the Institut francais des relations internationals (IFRI), was the fourth in a series of regional round tables that IPI has convened as part of its energy and security project. The project is designed to look at the impact of energy on security–and vice versa–and to promote energy-related policies that can contribute to sustainable development, peace and security.

IPI will use the information gathered at the meeting on West Africa–as well as previous meetings on the Arctic, the Eastern Mediterranean, and the Caucasus, Central Asia and Caspian–to prepare for a high-level meeting on energy and security which is designed to promote more effective multi-lateral cooperation on energy issues related to peace and stability.