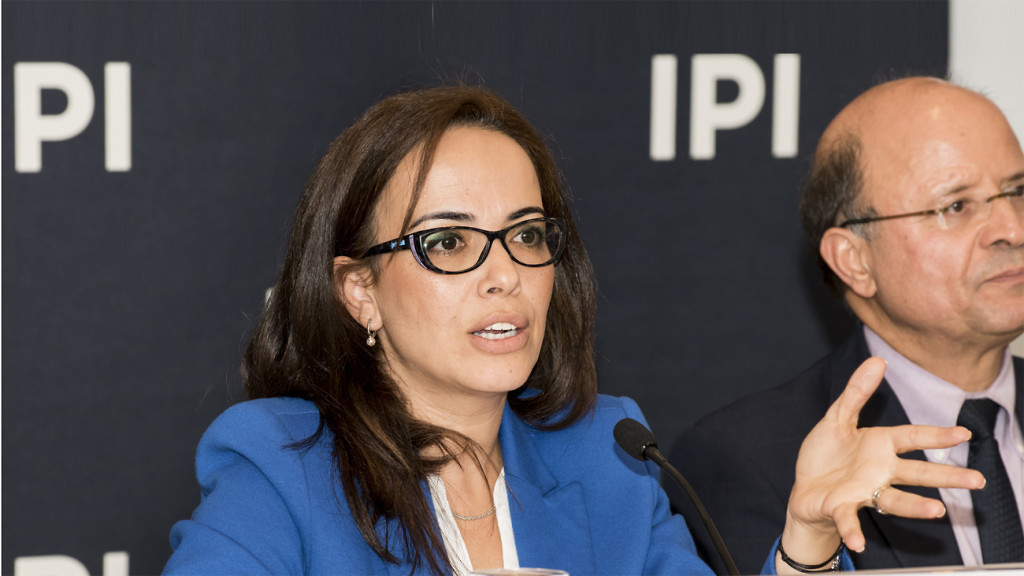 Governments in the Sahel and Maghreb are still using top-down approaches to governance that make it hard for women and youth to have a say in public life, even though their participation can help their governments’ struggle against instability and extremism.

This is what emerged from a policy forum hosted by IPI on November 5th on the topic of “Building Peace and Development in the Sahel and Maghreb: Enhancing the Political Participation of Women and Youth.” The forum gathered UN officials and members of civil society to assess some of the most recent developments in the region as well as discuss ways to move forward by putting women and youth at the center of good-governance promotion.

In addition to identifying existing security challenges across the Sahel and Maghreb, the panel also highlighted some of the key points of a recent seminar organized by IPI in Rabat, Morocco on the same topic. The Rabat meeting, held in June, saw the participation of more than 30 representatives of women, youth, elders, and the private sector from 10 countries in the region.

“In our view, most, or many of the developments in the areas of peace, security, and development in the Sahel region and in the Maghreb are being driven from below,” IPI Senior Adviser Youssef Mahmoud said, referring to some of the takeaways of the June seminar. “The agenda is being set by non-state actors, and governments are simply reacting.”

This means that if peace and development efforts in the region are to succeed, they need to shift away from a top-down approach to one that involves regular citizens—and women and youth in particular—in the decision-making process itself, he said. “We have to make room for citizenship as a framework for enhancing participation…where citizens are not simply consulted during elections but [where] consultation, involvement, and participation are a constant process.”

IPI Senior Adviser John Hirsch said that bad governance is at the heart of many of the problems the region faces—poverty, underdevelopment, violence, and terrorism. Promoting good governance, he said, can help these countries find peace and stability.

“Good governance is the key to a better future,” Mr. Hirsch said. The focus, he argued, then becomes one of strengthening governance and the role that civil society groups can play in seeking to address these complex security issues.

There is a key challenge that still bars citizens and governments in the region from restoring peace, the panelists said, and that is extremism. Extremism, they noted, is often the ultimate culmination of bad governance.

“Inequality and social discrimination are the two main reasons that drive people to make the decision to carry a weapon,” said Bouchra Benhida, director of the Executive Education Center at al-Akhawayn University in Morocco. “When deprived of basic life necessities, terrorism, and other forms of violence are not far behind.”

But while extremism is a common trait across the Sahel and Maghreb regions, the panelists said that governments there do have a choice as to how to respond to it.

“There are two attitudes toward this emerging trend,” Mr. Mahmoud said. One is to welcome the radicalized elements into the system by opening the electoral process, he explained, thereby creating “a system where religion is compatible with democracy.” The other, he said, is the total opposite: a militarized response against “terrorists.”

Although the focus at the panel was on strengthening the bottom-up approach, the panelists also acknowledged the role the UN can play. Security Council Resolution 1325 on women, peace, and security and the UN Integrated Strategy for the Sahel are important developments in that regard, they noted, even though some challenges still remain when it comes to their implementation.

The Integrated Strategy for the Sahel, a UN initiative introduced in 2013 in response to growing political instability in Mali, is an effort that tries to coordinate national, regional, and international responses to crises in the region.

“[The strategy] aims to enhance governance, to strengthen national and regional security mechanisms, and to build long-term resilience,” said Katerina Limenopoulou, political affairs officer in the Africa II Division at the UN Department of Political Affairs. “Hopefully,” she added, “it’s another useful tool to help us get closer to our objectives.”

Resolution 1325 on enhancing women’s participation in conflict resolution has been around for a longer time—since 2000—and is now at the core of many UN and international peacebuilding efforts. But despite that, its implementation still faces significant hurdles in several regions of the world, including the Sahel and the Maghreb. “It’s the law to some, and a distant fiction to others,” Mr. Mahmoud lamented.

Culture and religion emerged as some of the most significant obstacles to these efforts. Mireille Afa’a Mindzie, a former research fellow at IPI and now a policy specialist in the Peace and Security Section of UN Women, presented some of the findings of a recent IPI research project conducted in Mali, Niger, and Senegal.

According to her findings, conservative religious leaders in those countries have a strong influence on the way lawmakers apply religious laws, often limiting the political participation of women. This, she said, shows that a norm such as Resolution 1325 still needs strong support from all sectors of society. “[We need to] bridge the gap that exists between international laws and policies and their actual implementation on the ground,” she said.

The discussion was moderated by Mr. Hirsch.