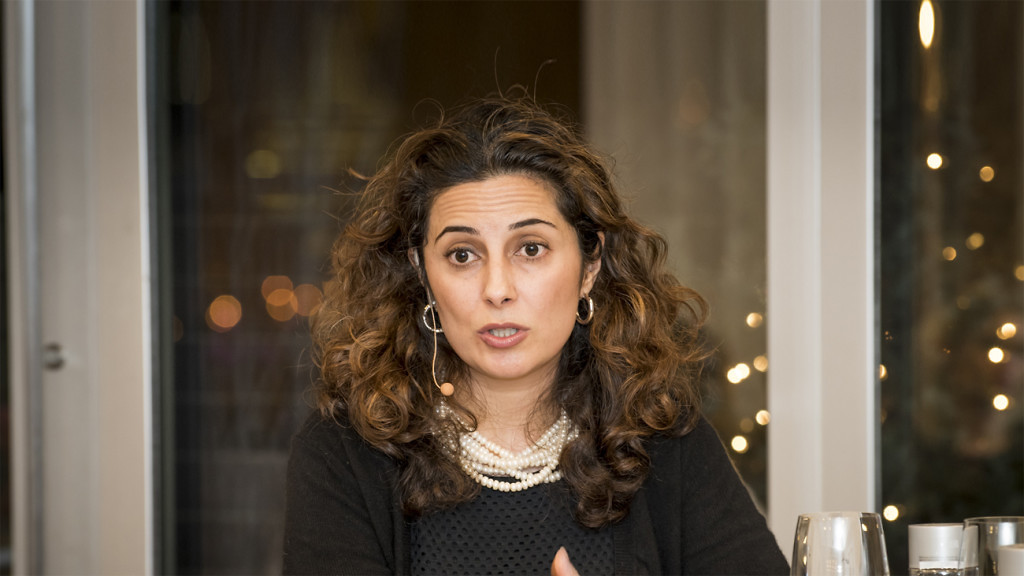 Discussing her new book The Lonely War: One Woman’s Account of the Struggle for Modern Iran at IPI on December 15th, author Nazila Fathi said that 35 years after the revolution, Iran is divided between hardliners and a large moderate middle class, but admitted that it is still unclear which of the two sides will gain the upper hand.

This division, she said, is currently reflected in the ongoing nuclear talks between Iran and six world powers—China, France, Germany, Russia, the UK, and the US. Since their resumption last year after the election of Hassan Rouhani, the talks and their success have hinged on who in Iran will eventually prevail: the minority of conservative hardliners, or the majority of moderate, progressive Iranians.

While Ms. Fathi gave evidence of how young people in Iran are committed to change, personal freedoms, and a better relationship with the outside world, she also expressed her doubts as to whether they will manage to overcome the entrenched interest of conservatives and the determining individual power of Supreme Leader Ayatollah Ali Khamenei.

“This man wants to leave a legacy behind,” she said, referring to Ayatollah Khamenei. “[He] is not going to give up Iran’s nuclear program, as he calls it.” But while this doesn’t necessarily mean the failure of the talks, he doesn’t seem to actually want a compromise with the West either, she said.

“There is no reason for him to back down now,” she noted. “Every time the talks have failed, and every time the Iranians have gone back to the negotiating table, they got a better deal.”

Despite the continuing influence of the hardliner faction in the country, Iran today is a more moderate and educated society than the one ushered in by the Islamic Revolution in 1979, Ms. Fathi said. Increasingly, people—including a large faction of the revolutionaries themselves—are demanding more freedoms from their government.

Ms. Fathi recalled how a former revolutionary once told her: “We fought for political freedom, but after the revolution we lost our personal freedoms too.” This, she added, has led many of them to become disillusioned with the policies of the regime.

Outside of the revolutionary camp, women and youth are the backbone of this new reformist movement, Ms. Fathi said. Despite the many clichés about their restricted role in Iranian society, women do play an important part, she emphasized.

But, she added, this is only part of the picture.

“Today, more than 60 percent of university students are women, and women have been studying since the revolution,” she said.

That, coupled with a large, moderate middle class, may be a sign that the Islamic Republic’s goal of raising a generation loyal to its ideology may have not been so successful, she said. People outside of Iran often look at the 2009 revolution and say that Iranians were ready to overthrow the regime and move on, but Ms. Fathi said this is not entirely correct.

“Three million people had come out on the streets to send a message to the regime, and they managed to send a very loud and clear message,” she said. “[But] I knew that Iranians had not come out to have a revolution—whatever happened was quite spontaneous.”

Iranians aren’t ready for that yet, Ms. Fathi said.

“[They] knew there was no alternative to the Islamic Republic, and if they had managed to overthrow the regime, there would have been insecurity and institutional breakdown,” she said.