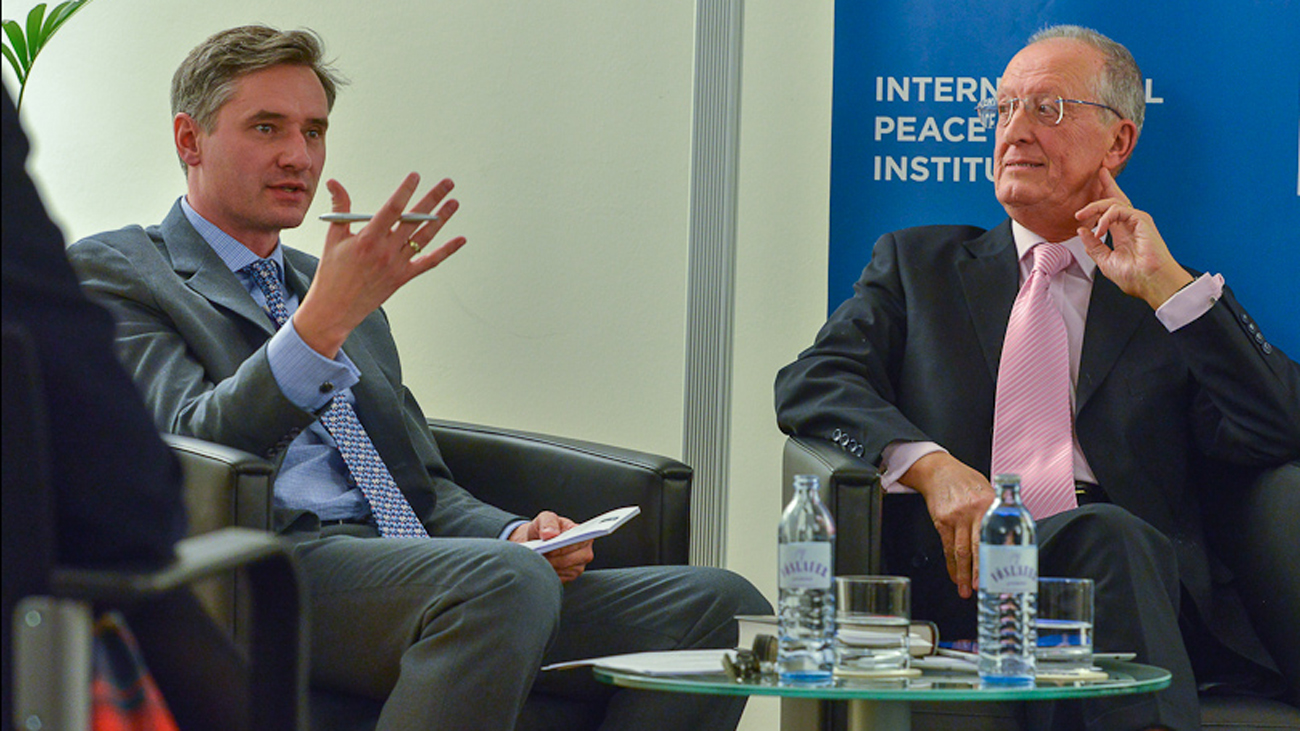 In a discussion about his new book The Checkmate Pendulum: From Fiction to Reality that took place at IPI’s Vienna Office on January 29, former high-ranking UN official Antonio Maria Costa warned that “the world order as we have known it since the Second World War is changing, and the rulebook is being rewritten.” Citing “Russia’s neo-imperialism and China’s global ascendency,” he observed that the pendulum of power is swinging away from the West. “The winners of yesterday are the losers of today, and the losers of yesterday are the winners of today,” he said.

Although his book is fiction, Costa claims that “it is fiction in which everything is real.” The plot, following the adventures of investigative journalist Pierre Bosco, is a globetrotting “whodunit” that weaves through a rapid series of interlinked crises that expose weapons trafficking, currency speculation, cyber manipulation, and a geostrategic chess game.

By writing a novel rather than a memoir or a political commentary, Costa said he hopes to reach a wider audience. He pointed out that using a journalist as his protagonist enables the reader to look at different sides of a story.

Costa, who served as director-general of the United Nations Office in Vienna and executive director of the United Nations Office on Drugs and Crime, highlighted a number of worrying factors that are affecting international relations, including collusion between criminals, corrupt government officials, and bankers, as well as weapons smuggling and a dangerous lack of regulation in financial markets.

He argued that today’s wars are being fought in the financial markets rather than on the battlefields. He cited in particular the power that China exerts through its sovereign wealth fund and its huge investment in US bonds.

Costa, who was director general for Economics and Finance during the rollout of the Euro in the early 1990s, admitted that “the Euro was badly conceived,” and warned that it is currently “comatose.” It is a currency that “nobody loves, but everybody needs,” said the author. Against the backdrop of recent developments in Greece, he highlighted a dilemma currently facing Germany and the European Central Bank (ECB). As the protagonist of Costa’s novel explains: “If the German government, unwilling to risk and unable to lead, gives ground to political pressure from the EU, this means the end of monetary union. The ECB cannot survive if run on political criteria. On the other hand, if Germany continues to impose its economic agenda on Europe, populism and anti-establishment protests will undermine the monetary union. The euro and the ECB will collapse.” The big question, said Costa, is whether Germany can save Europe, “or wreck it for the third time in a century.”

Several scenes of The Checkmate Pendulumtake place in Ukraine and neighboring Transnistria. When asked about the current crisis in and around Ukraine, Costa echoed a character in his book who says: “NATO won Cold War I because the USSR went bankrupt. It’ll be more difficult to win Cold War II. The West is now bankrupt.”

Costa lays much of the blame for the West’s dire economic situation on greedy bankers, or “banksters” as he calls them. To highlight the problem, he has invented the Mammon Prize for Outstanding Greed. He wonders why, even after the financial crisis of 2008, some banks are “too big to fail,” and some bankers “too big for jail.” “Perhaps,” he said, “it is because finance is war—and major countries are at war at the moment.”