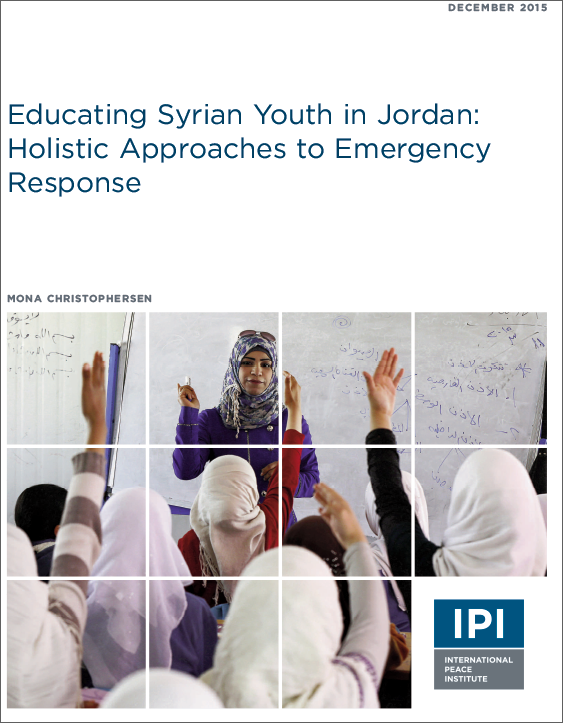 The Syrian crisis has disrupted education trajectories for Syrian youth both inside and outside Syria. The lack of learning opportunities further destabilizes the lives of young refugees, making them more vulnerable to various forms of exploitation and susceptible to extremist ideologies. While these risks are widely recognized, education programming tends to focus on younger children and basic education, leaving out the needs of youth.

The latest report by IPI attempts to bridge this gap by focusing on education for Syrian youth in Jordan. Drawing on interviews conducted in Jordan, the report considers challenges for Syrian adolescents and youth, and it offers recommendations for how to improve youth programming in emergencies both in Syria and in other contexts.

The report focuses on challenges particularly relevant to Syrian youth (a contested concept, but commonly defined as 15- to 24-year-olds). These include:

The report concludes by offering three recommendations for how to improve youth programming in emergencies: