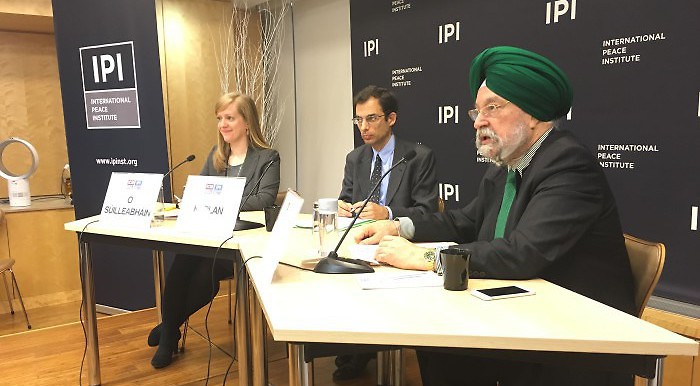 On December 16th, The Independent Commission on Multilateralism (ICM) hosted a Public Consultation on its Discussion Paper: “Fragile States and Fragile Cities.” This Public Consultation provided a platform for representatives from member states, civil society, the private sector, academia, and the United Nations to comment on the Discussion Paper’s recommendations and exchange perspectives on the larger trends and challenges at hand.

Nearly 1.2 billion people live in fragile states, including one‐third of the world’s poor. Challenges emerging from fragile states, such as transnational threats, regional spillovers, local insecurity, and underdevelopment require the attention of multilateral institutions. While there is no agreed upon definition of a “fragile state,” limited institutional capacity and weak governance—particularly in combination with structural political and economic exclusion—are evident as main factors of fragility.

More recently, cities as urban systems susceptible to damage incurred by shocks to infrastructure, and ecological, social, economic, and political systems have emerged as a concept of fragility in the peace and security landscape. With unprecedentedly fast urbanization rates, cities are becoming the focal point of global poverty, conflict, and vulnerability to disasters—particularly when situated within a “fragile state.”

As policy-makers move beyond “fragile states” to “states of fragility,” important shortcomings persist in the United Nations and the multilateral system in addressing fragility and building resilience in states and cities. These gaps are conceptual and analytical; institutional; financial; engagement-related; and gender and youth-related. Despite its limitations, the concept of fragility has enhanced the linkage not just among international, national, and human security, but also among security, development, and governance needs, including issues of food, water, health, and environment.