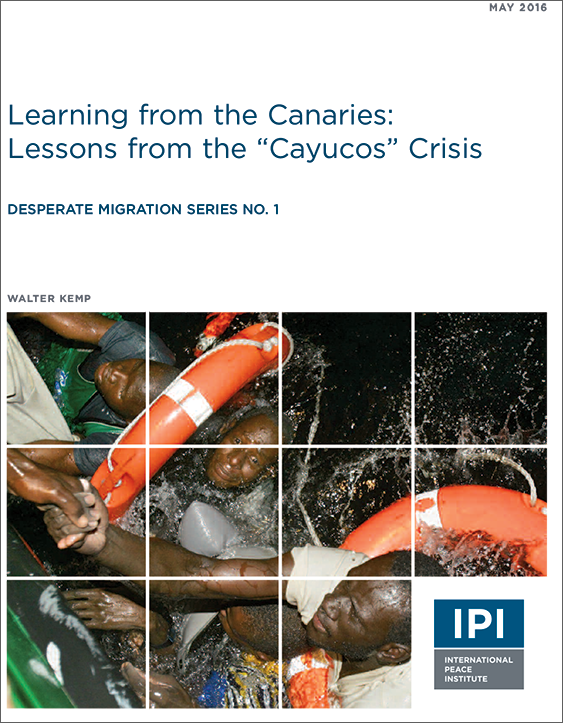 Ten years ago, thousands of people risked their lives in wooden boats called cayucos to reach Spain’s Canary Islands. This sudden influx of tens of thousands of desperate migrants and refugees overwhelmed the islands and created a humanitarian crisis for Spain and the European Union. But a decade later, very few are heading to the Canaries.

What triggered the refugee crisis in the Canary Islands in 2006? What was the response? Why are almost no migrants and refugees heading to the Canary Islands today? And what lessons can be learned for other parts of the world? The latest report from IPI, by Walter Kemp, addresses these questions. It is the first in a series of reports on desperate migration and forced displacement.

Although the cayucos crisis differs from other migration crises in Europe—the Canaries are islands, most of the countries of origin were not failed states, and most of those arriving were migrants rather than refugees—the report identifies a number of lessons that could be transferable: