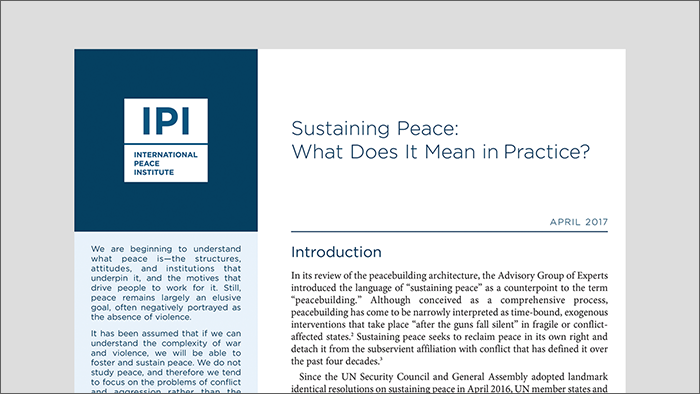 This issue brief seeks to unpack the definition of sustaining peace and provide examples of what it looks like at the national and international levels. It also aims to clear up the political cobwebs in the minds of some stakeholders fearful that the concept is another Trojan horse for outside intervention. It describes sustaining peace as:

This issue brief is part of the International Peace Institute’s (IPI) attempt to reframe prevention for the purpose of sustaining peace through a series of conversations from October 2016 to May 2017.