Civilian-military activities carried out by the MINUSMA Force for the benefit of the population during Operation Frelena, including free medical consultations, awareness-raising and mine-risk education and unexploded ordnance Distribution of drinking water to populations. 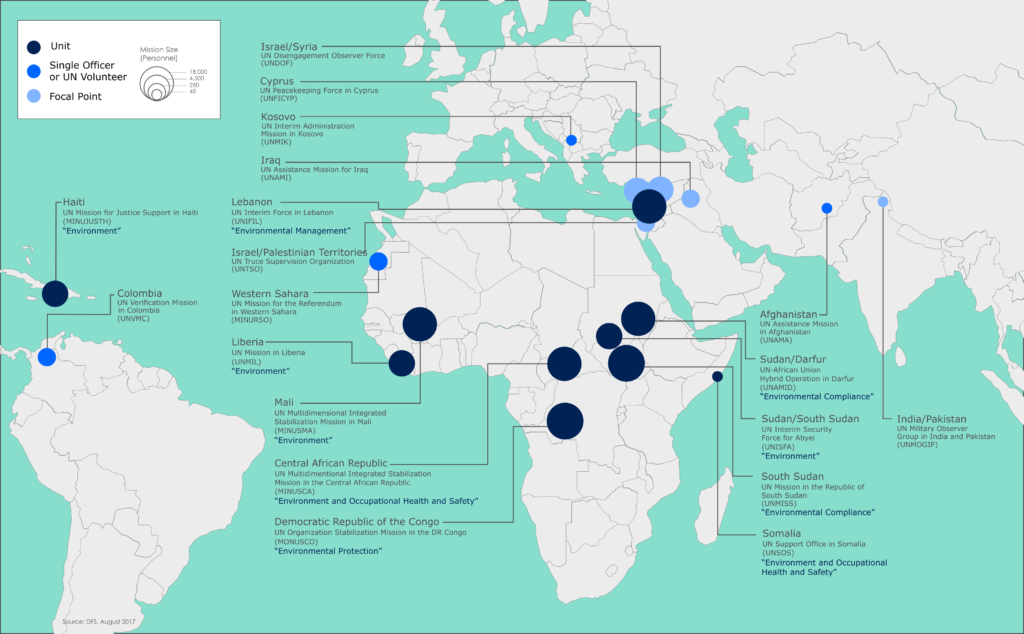 The 2010 cholera outbreak in Haiti, triggered by the UN mission there, killed more than 9,000 people and affected nearly 807,000. This disastrous case drew attention to the negative effect UN peace operations can have on the surrounding communities and environment—something peacekeepers had started paying attention to with the deployment of new large-scale operations in the 2000s. As operations have grown in size, so too has the size of their environmental footprint.

This report looks at the environmental impact of peace operations and how the UN has responded, including through policies and guidelines, dedicated staff, and training material. In particular, it assesses the challenges the Department of Field Support faces in implementing its Environment Strategy.

Based on this assessment, which includes a detailed examination of the UN mission in Mali, the report puts forward a series of short-, medium-, and long-term recommendations. It concludes that a UN presence should not be a source of stress but should improve local environmental sustainability and build resilience.