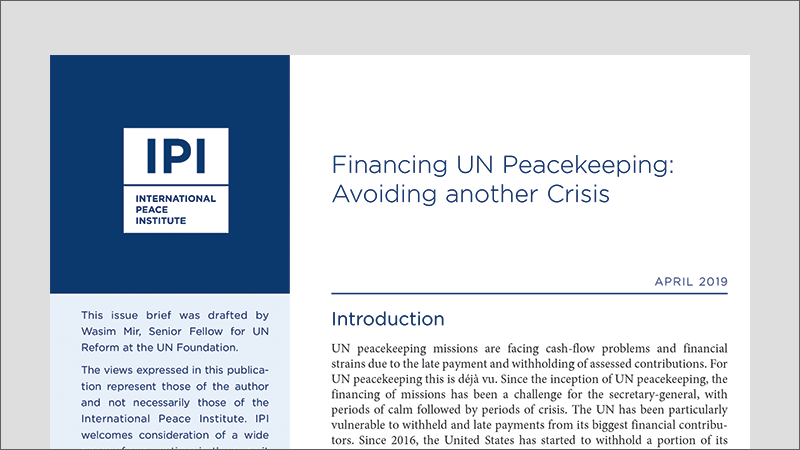 UN peacekeeping missions are facing cash-flow problems and financial strains due to the late payment and withholding of assessed contributions. Since the inception of UN peacekeeping, the financing of missions has been a challenge, with periods of calm followed by periods of crisis. The UN has been particularly vulnerable to withheld and late payments from its biggest financial contributors. This has an impact on missions’ effectiveness and the ability of troop-contributing countries to deploy.

This paper examines how member-state contributions to peacekeeping are calculated, historical and current financing challenges faced by peacekeeping missions, and ideas for placing UN peacekeeping on a firmer financial footing. It recommends reevaluating some of the rules and regulations that govern the management of UN peacekeeping. It specifically recommends: