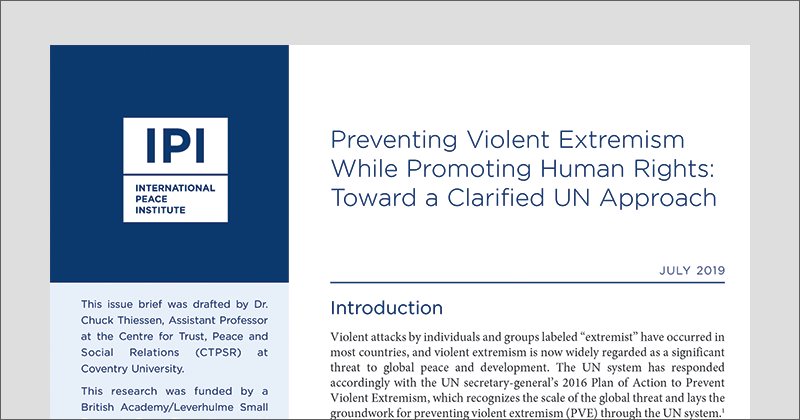 In response to the threat of violent extremism, the UN has adopted a comprehensive approach that involves both aligning ongoing interventions with the goals of preventing violent extremism (PVE) and implementing PVE-specific programming. These initiatives aspire to use human rights-based approaches as opposed to hard-security counterterrorism responses. To date, however, there has been inadequate research on how the UN and other international organizations can promote human rights as part of their PVE programming.

This issue brief introduces findings on the strategic shift of UN peacebuilding interventions toward PVE and the barriers these interventions face to protecting human rights, drawing on research conducted in Kyrgyzstan. It concludes that PVE approaches to peacebuilding are fundamentally ambiguous, which may be hindering promotion of human rights. These ambiguities lie both in the terminology and strategies of intervention and in the drivers of radicalization and violent extremism. By clarifying its approach to PVE, the UN can dilute the inherent contradiction in its dual role as a critic and supporter of host states and reduce the odds that its interventions legitimize human rights violations.