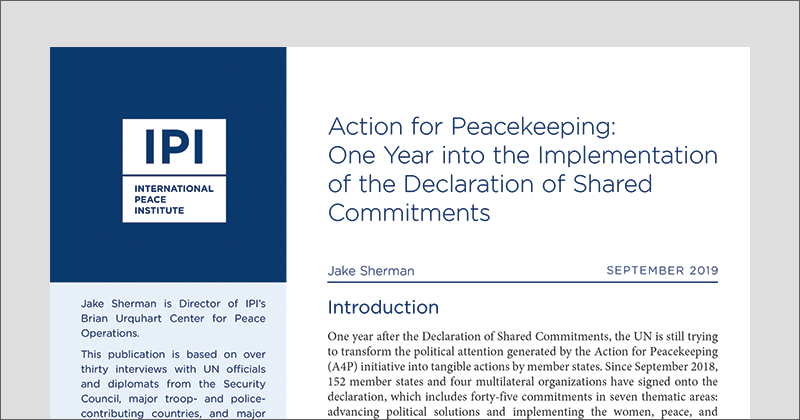 In September 2018, more than 100 UN member states signed a Declaration of Shared Commitments as part of the secretary-general’s Action for Peacekeeping (A4P) initiative. The declaration was intended to rally member states to address urgent challenges facing contemporary peacekeeping operations. But one year later, the declaration has not yet translated into concrete action by member states, limiting tangible results for missions on the ground.

This issue brief takes stock of progress by the UN and member states in implementing A4P over the past year and looks at where there is momentum and where additional political attention is needed. There is consensus that A4P has helped reaffirm the value of peacekeeping. It also provides a roadmap for incremental reform, a platform for sharing good practices, and a framework for identifying progress. Moving forward, however, it needs to be more than a package of preexisting UN priorities; it needs to become a platform through which the secretary-general sets a new approach to strengthening peacekeeping.