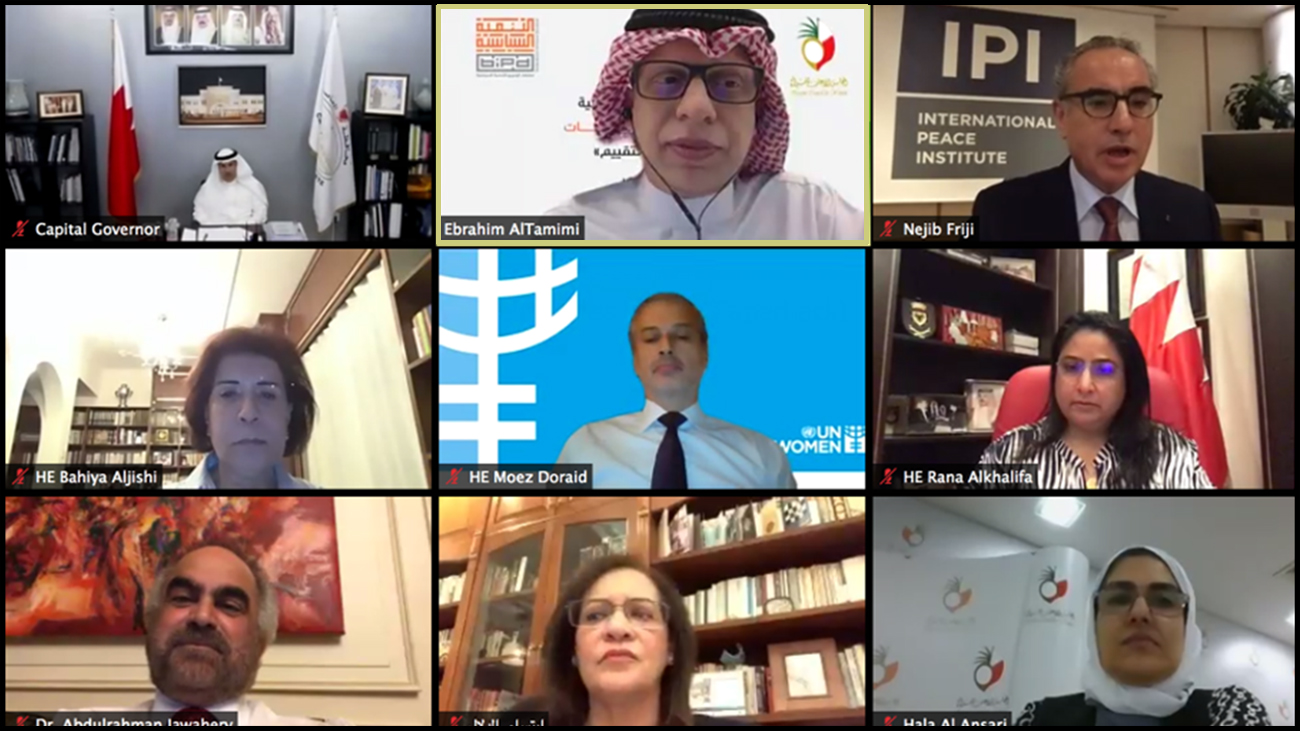 Addressing representatives of government, private sector, the United Nations, and Arab and regional organizations, IPI MENA Director Nejib Friji highlighted women’s critical role in all levels of response to the coronavirus pandemic. He called on governments and nonprofit organizations to rise to the occasion in supporting women’s leadership during the recent upheaval.

During a June 29th webinar on “Bahraini Women in Crisis: A Story of Reflection and Evaluation,” organized by the Supreme Council for Women (SCW) in cooperation with the Bahrain Institute for Political Development (BIPD), SCW Secretary General Hala Al-Ansari underlined Bahraini women’s resilience throughout history in overcoming challenges. She noted that SCW was developing a strategy to adapt to current circumstances and prepare for the future.

Mr. Friji praised the initiative of Princess Sabeeka bint Ibrahim Al Khalifa, wife of the King of Bahrain and SCW President, which was to coordinate the payment of debts and sums of money owed by Bahraini women whose micro and small businesses were affected by COVID-19. He called her work a successful example of incentive efforts in assisting women affected by the pandemic.

He noted that women have been at the front of the pandemic response, especially in their capacity as medics and essential workers. He also highlighted creative initiatives coming from female-owned companies, such as turning businesses into mask-making centers. Finally, he showcased ways in which women have been exemplary political leaders in tackling COVID-19. He pointed to New Zealand’s Prime Minister Jacinda Ardern and Germany’s Angela Merkel as successful role models for crisis response.

Moez Doraid, Acting Regional Director of the UN Entity for Gender Equality and the Empowerment of Women (UN Women) for the Arab States, lauded Bahrain as a successful case of mitigating the impacts of COVID-19 on women, as did Nada Darwazeh, Chief of the Gender Equality section at the United Nations Economic and Social Commission for West Asia (ESCWA) and Dr. Abdulrahman Jawahery, President of the Gulf Petrochemicals Industries Company (GPIC).