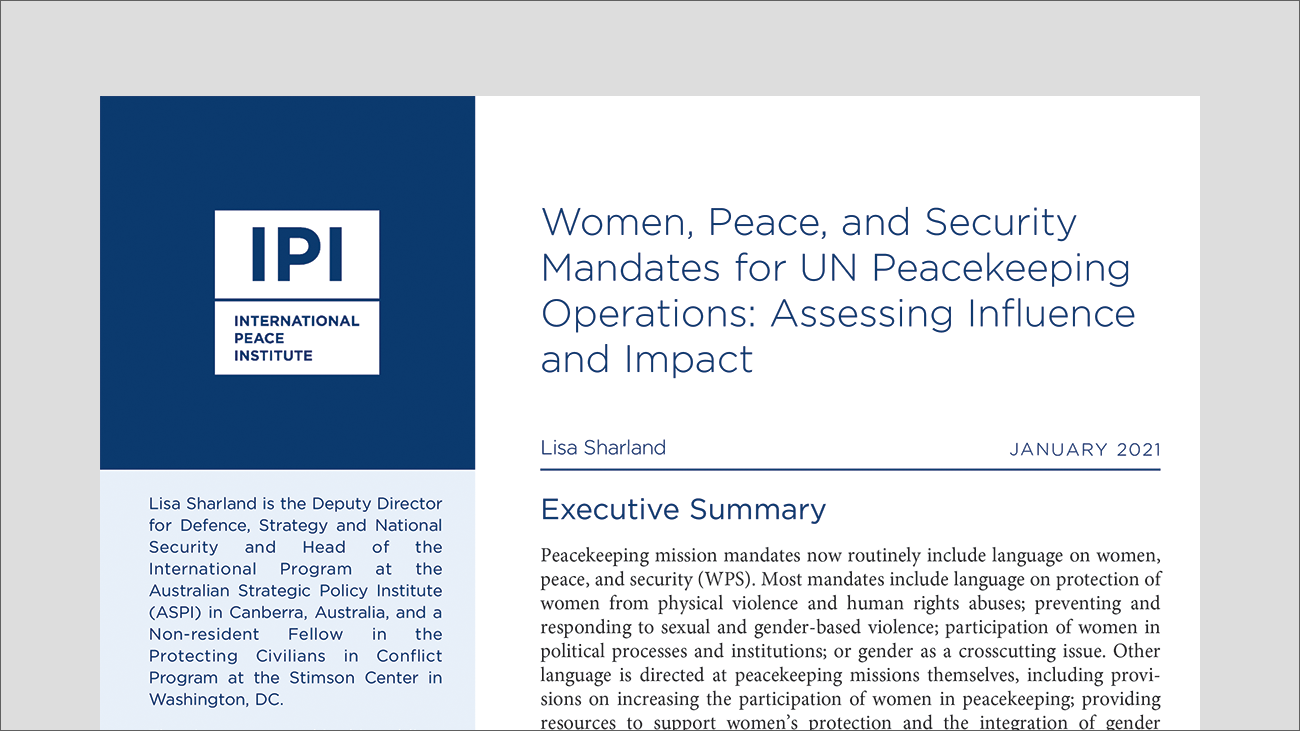 Peacekeeping mission mandates now routinely include language on women, peace, and security (WPS). Despite this progress, negotiations in the Security Council on the inclusion of WPS language in mandates have at times been contested, and it is not always clear that more detailed or “stronger” language on WPS in mandates translates to changes in peacekeeping missions. The language included in mandates can even perpetuate stereotypes, including the assumption that every uniformed woman is responsible for implementing a mission’s WPS mandate.