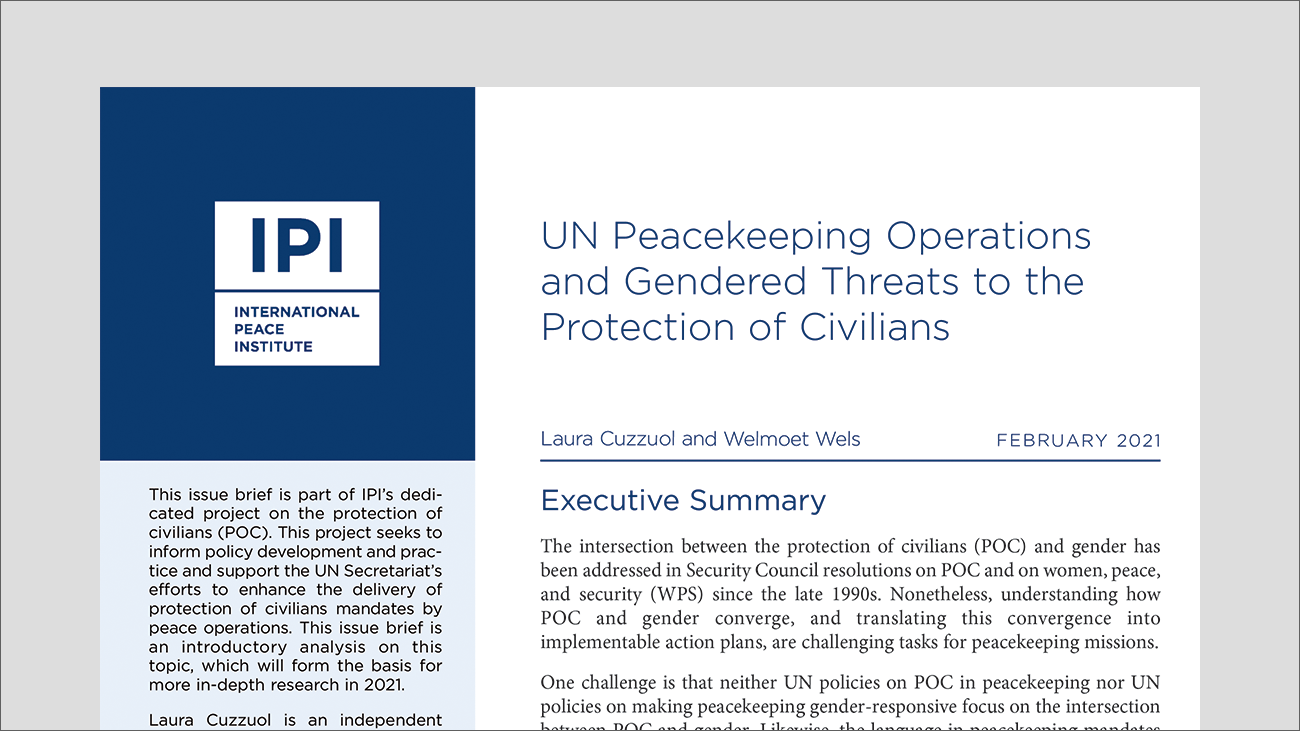 The intersection between the protection of civilians (POC) and gender has been addressed in Security Council resolutions on POC and on women, peace, and security (WPS) since the late 1990s. Nonetheless, understanding how POC and gender converge, and translating this convergence into implementable action plans, are challenging tasks for peacekeeping missions.

The paper concludes that UN peacekeeping missions could consider devel­oping “safeguarding frameworks” on the intersection of POC and gender. These frameworks could provide more detailed guidance that challenges the conflation of “gender” and “women” and the association of gender-related protection primarily with sexual violence. They could also dictate that missions need to assess the gender aspects of every threat and could help move missions from coordinating to integrating their work on POC and gender.