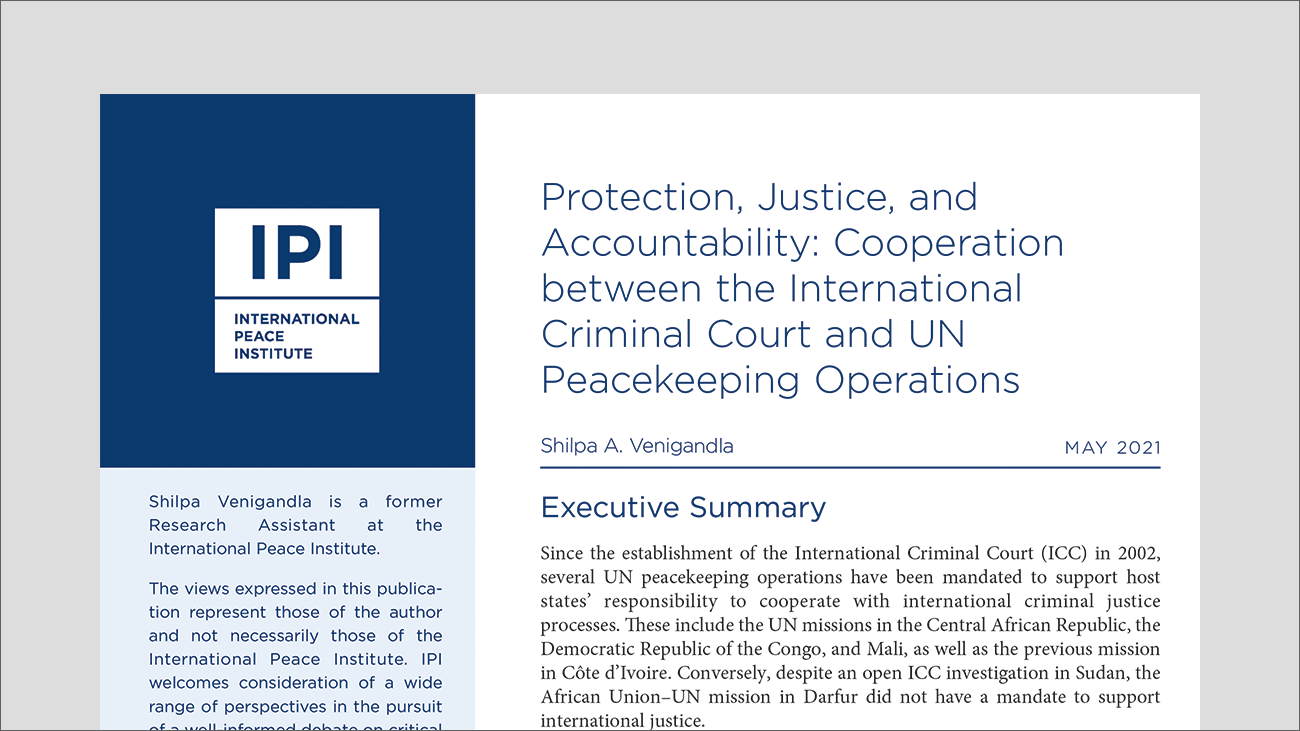 Most countries that host UN peacekeeping operations face an impunity gap. Their national courts often lack the capacity to prosecute international crimes such as genocide, crimes against humanity, war crimes, and grave violations of human rights. As a result, special or hybrid courts and international courts, like the International Criminal Court (ICC), often have to step in. In such contexts, some UN peacekeeping operations have been mandated by the UN Security Council to support justice, fight impunity, and pursue accountability, mainly in support of national justice mechanisms.